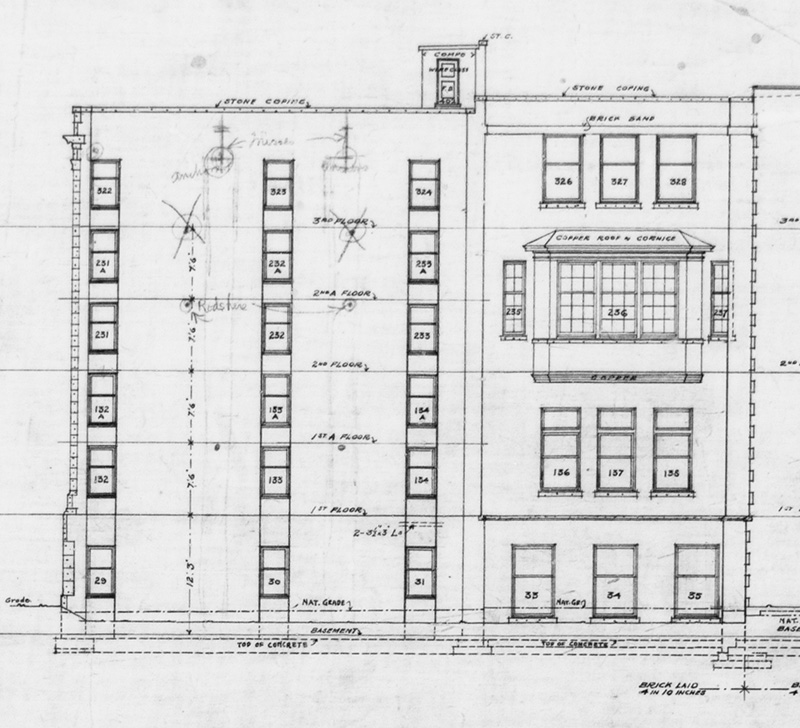 This is the architect's plans for the Book Stacks. The view is looking from the east (Hitt Street) to the west (9th Street). The stacks were closed were not meant to be browsed. To get a book out of the stacks, you filled out a slip and the book was retrieved for you. The entrances to the stacks on the 1st, 2nd, and 3rd floors restricted access to the stacks. On the first floor was the Art Seminary room. On the second was the Delivery Room where students would request books and pick them up.  On the third floor was the cataloging department.

The original Book Stacks are almost unrecognizable. When the 1936 West Addition was erected it covered up the west wall of the stacks. Traces of the central stacks can be seen in the West Stacks, but you have to know what you are looking at. (See the West Stacks page.  The 1985 East Addition covered east wall of the stacks and has not left a trace of them. The 1985 South Addition covered the bottom part of the south wall. The facade is only visible from the second floor up  You need to be looking from the Student Center. preferably from an upper floor.

When the East Addition was put up in 1958, the 2A and third floor where taken out and a floor level with the new 3 East put in. When the 1985 South Addition was erected the hall way from the north entrance was expanded south through the center of the library and the first floor and 1A floor removed. Where the 1st floor Book Stack was is where the south end of the colonnade is today.

The only original floors of the stacks are the 2nd floor and ground level.  The 2nd floor, now called 2 Central, currently has doors on the east and west. Until the late 1990's when the Electronic Classroom, Room 213, was constructed, the original north door was still open.  You can see where the door was in 2 East if you look where floor trim is missing on the north wall. 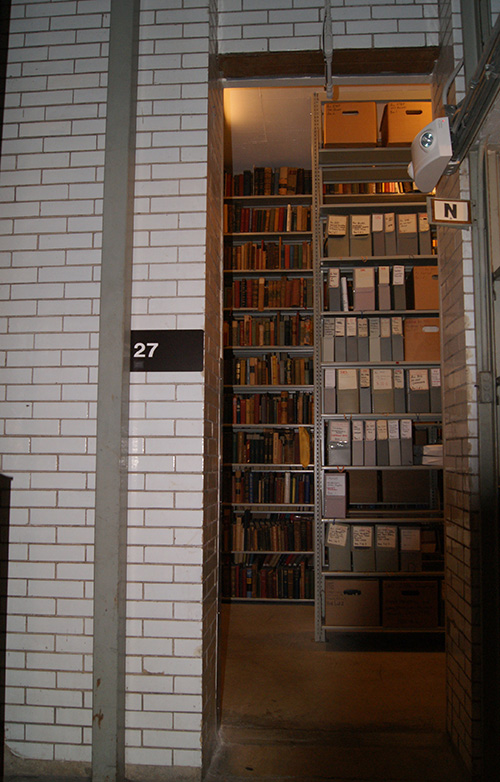 This is a view of the ground floor lever of the University Stack, what we would today call the Central Stacks. These stacks house materials from the State Historical Society of Missouri. They are closed to university library patrons, but you can peek through the small window of the door to see them in person.

Where the 1st floor stack were located. 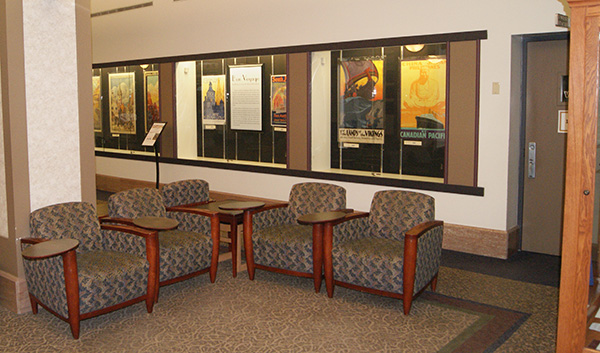