There are five pictures on ths page, scroll down to see them all. 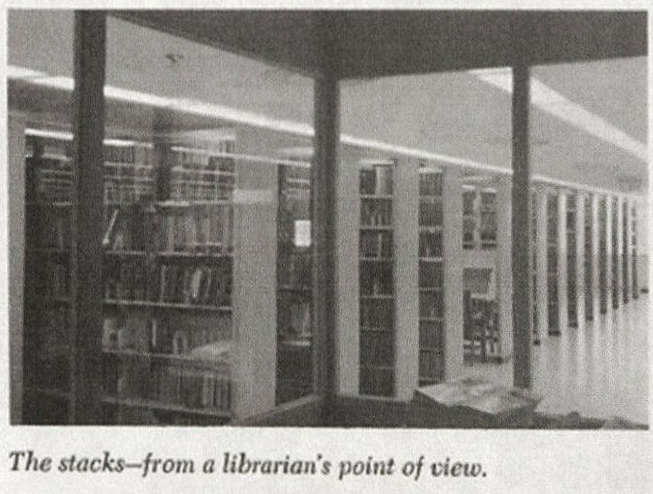 All these interior pictures of the East Addition come from the Savitar.
The Savitar does not indicate where they were taken.

We think now think of Ellis as one large library, but for most of its history is was a collection of subject libraries housed in one building. When the East Addition was put up, each floor was dedicated to one or two subject areas. The subject librarians had offices in those areas.  Although I am not entirely certain, I believe this picture is from 2 East looking toward the east.  It is labeled "from a librarian's point of view" because the picture is taken from the librarian's office. 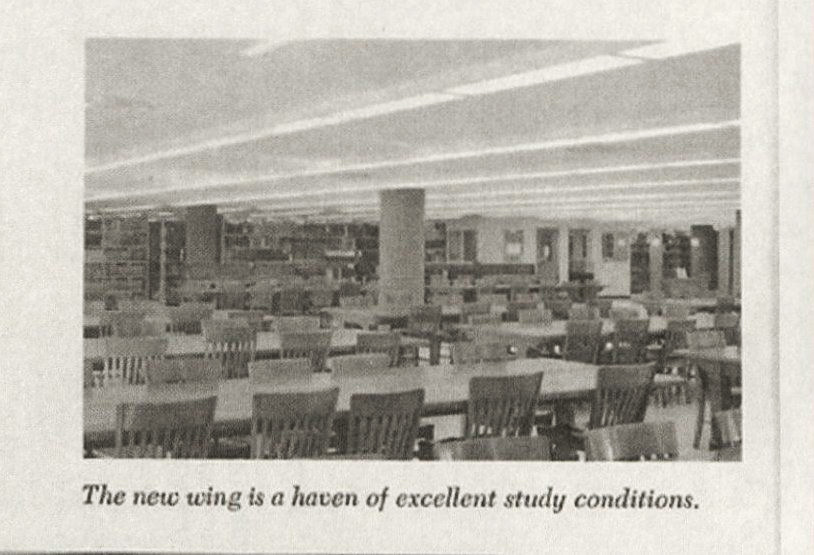 I am not sure where this picture was taken. You can, however, notice the librarians office in the background and the tables and chairs in the foreground. The East Stacks were not as full of books as they are today and provided students with many places to study. 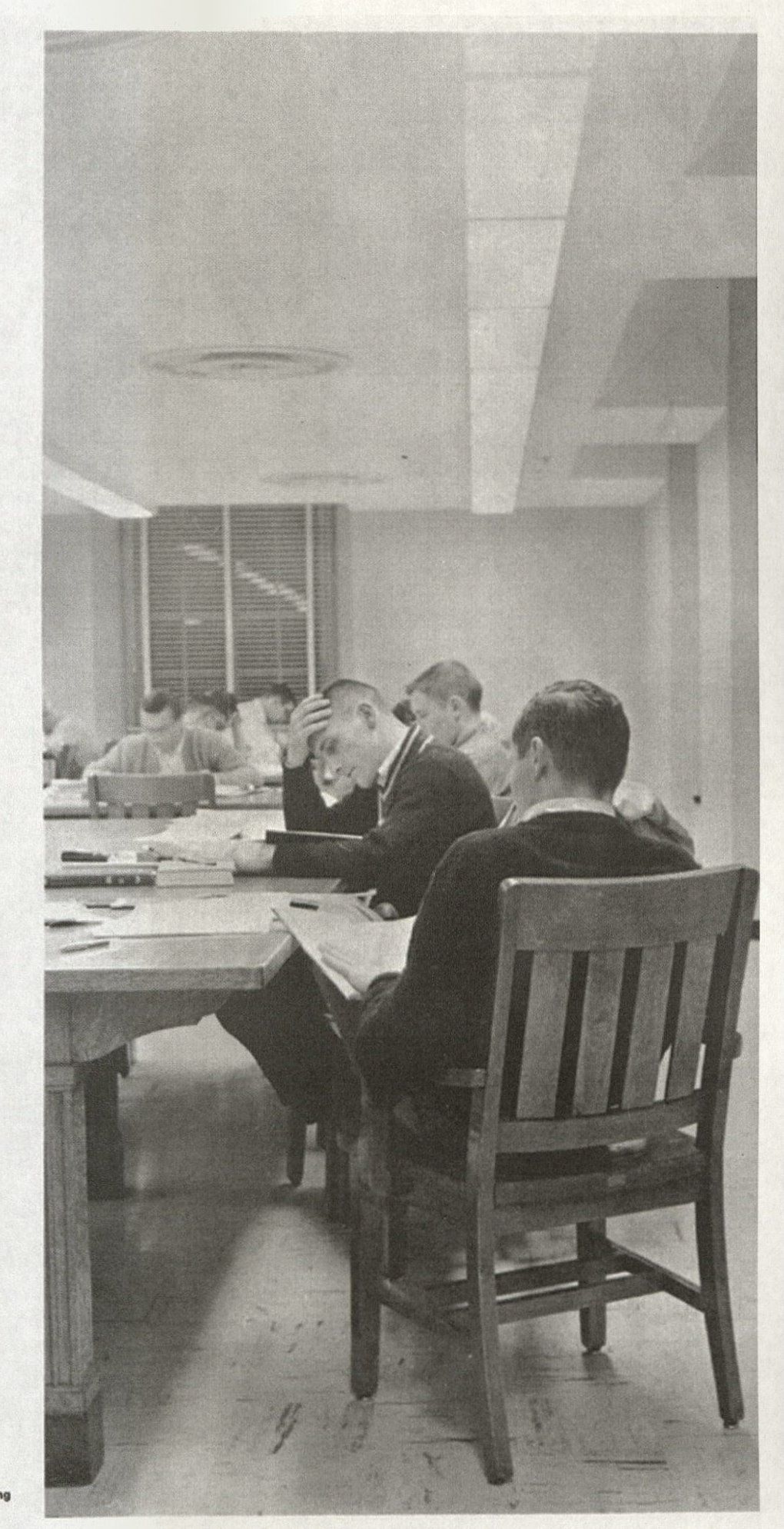 I am not sure what floor this picture was taken on. 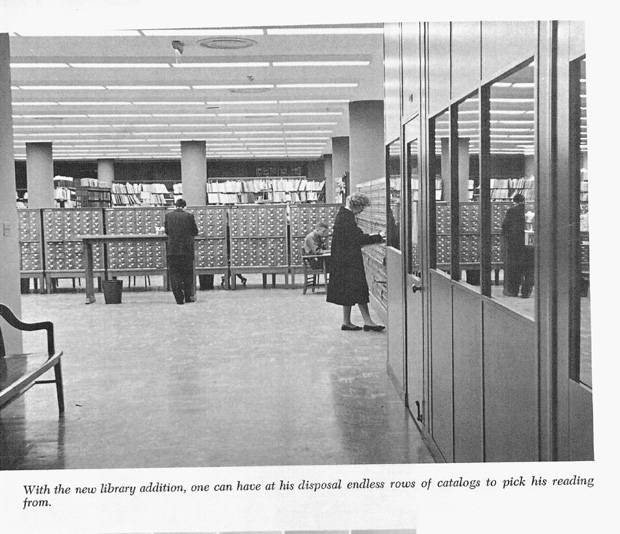 Another view of the card catalog.