East Addition in relation to library 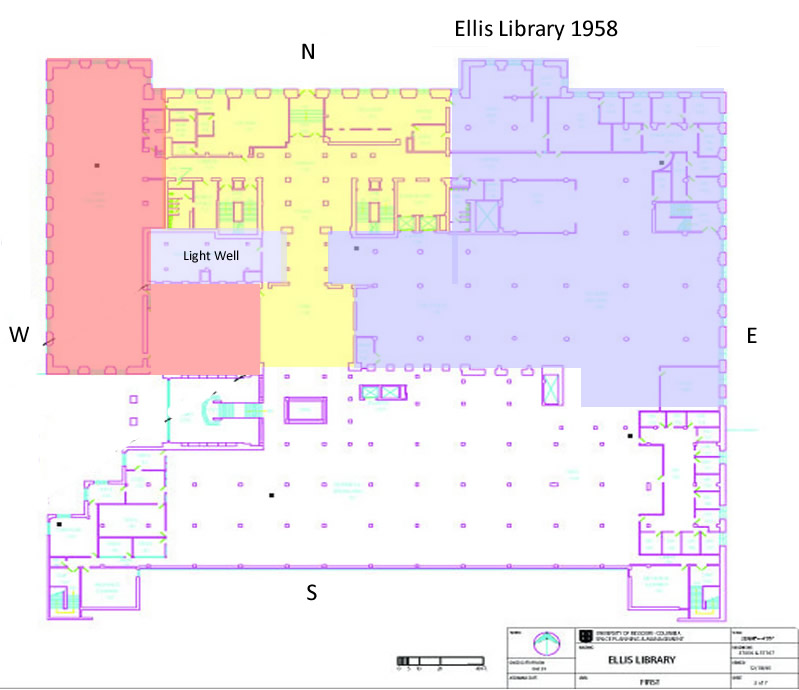 The East Addition (in blue) finally completed the 1915 plan of flanking the library with two wings. In addition to the East Wing, a further extension to the east was added to create more book stack area. The extension greatly increased the size of the building, but threw off its symmetry.

The East Addition also fundamentally changed the character of the 1915 Library.
On the west side, all the windows around the west "Light Court" or light well, were bricked up and the space was turned into a mechanical room for the air conditioning that was added to the building. One the east side all south facing windows were also bricked up. The Library lost all the natural light that used to come into through south windows.