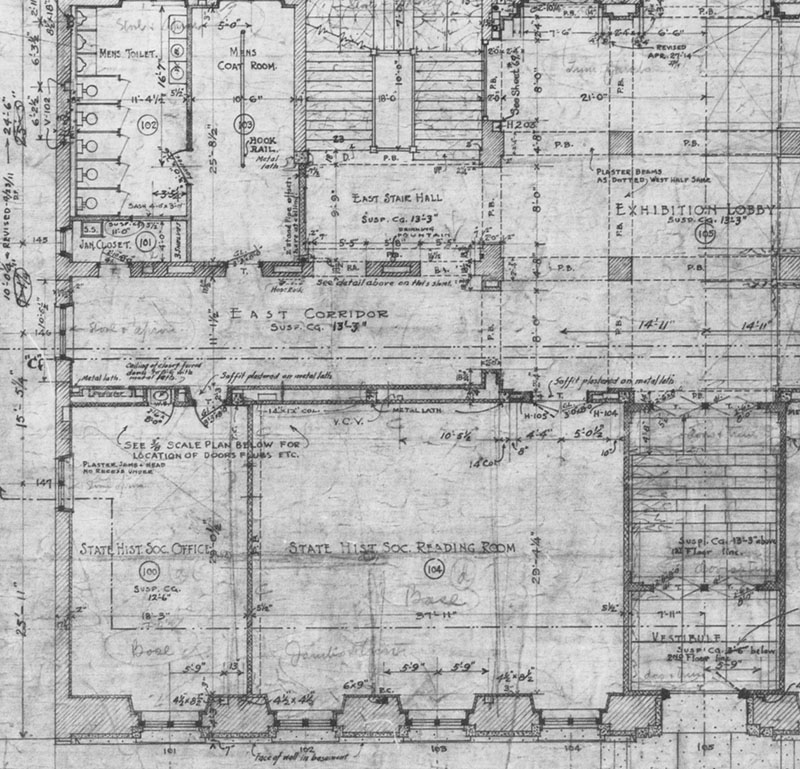 Circulation is located were the State Historical Society was, but the space has been reconfigured. The Circulation desk is set back from the original walls. The pillars in front of Circulation mark where the original walls were. (add Picture of current Circ)  In 1916 the Society's Reading Room wall closed off the room. It is one of the few rooms on the 1st floor to have a contemporary picture.

Across the hall are the men's coat room and toilet. These were replaced by the elevators in the 1958 addition. The east staircase is still there, although it looks different than it did in 1916.  The originally there were three windows in the south wall slightly above the second landing. You can seem them a later picture. Also, first part of the stairs, going to the first landing, were open to the Exhibition Hall. 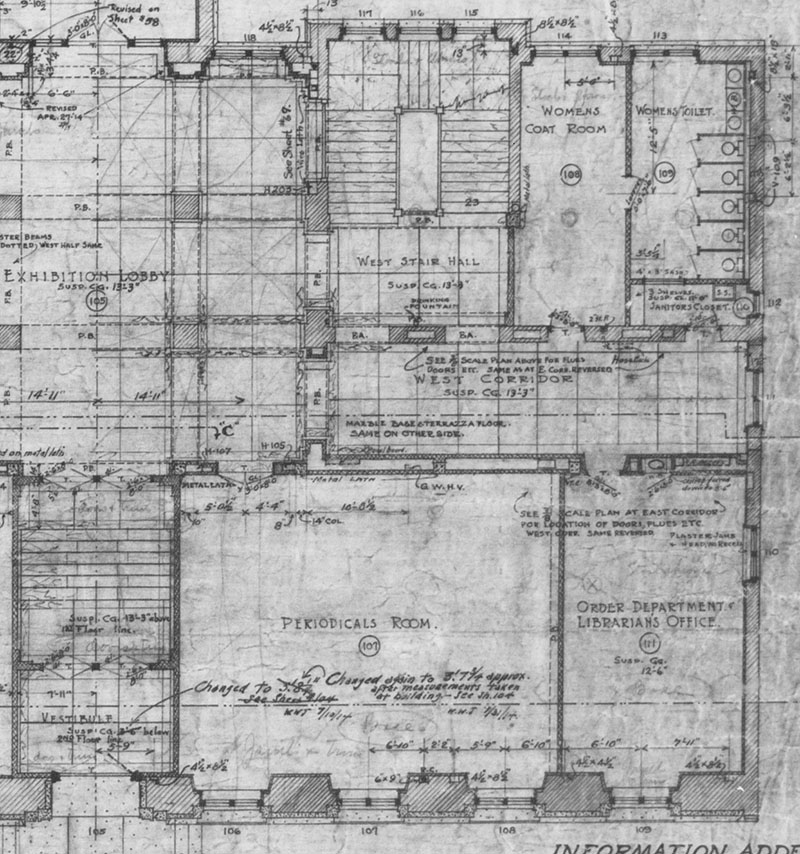 Current journals and magazines were located in the Periodicals Room. The Digiprint Center now occupies this space. West (right) of periodicals was the Order Department and the Librarians office. The Library Director probably did most of the ordering in 1916.

Across the hall to the south is where the Women's Coat Room and Toilet were located. They are in the same place today. The west stairs mirrored the east stairs. 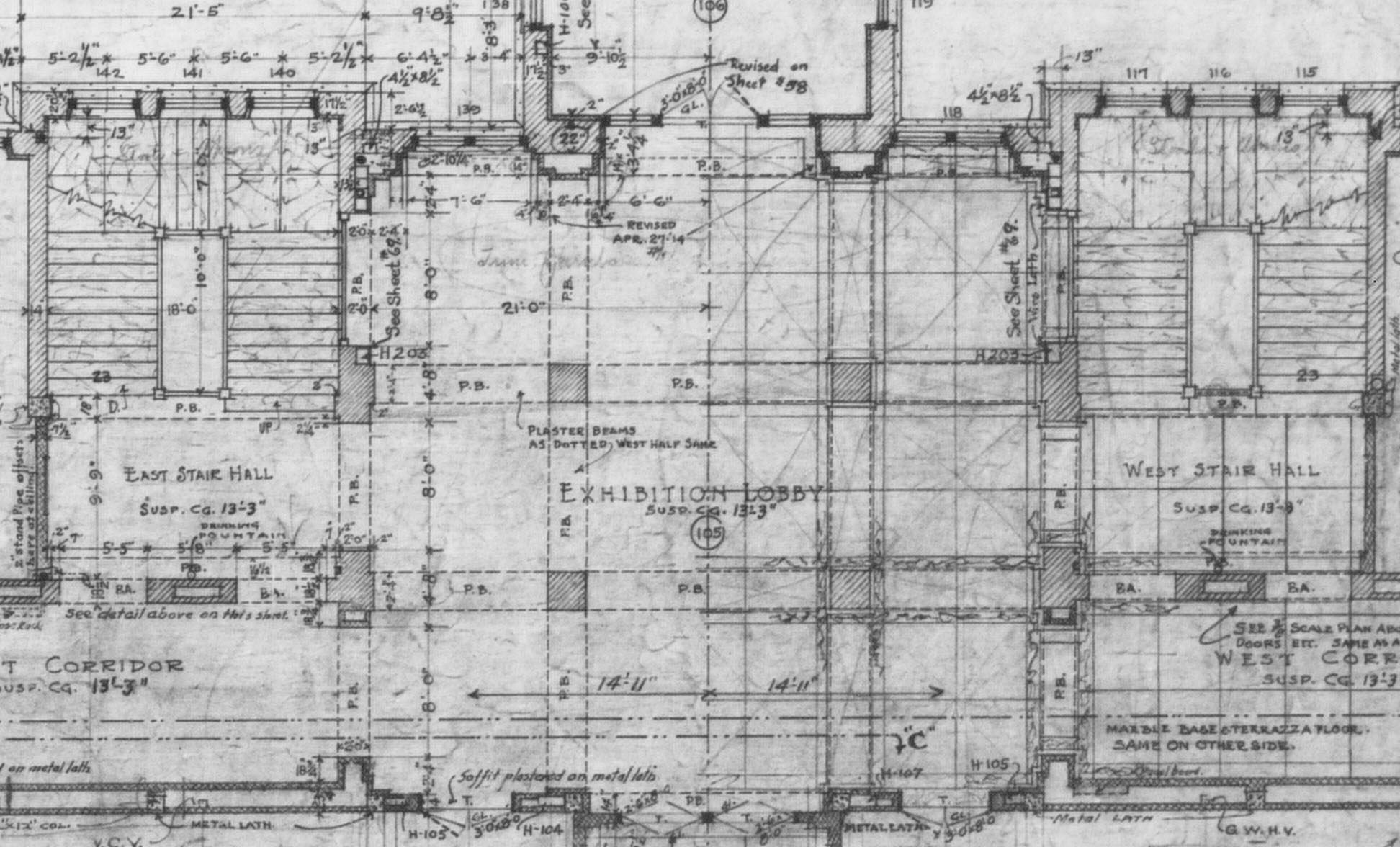 The columns and configuration of the Exhibition Lobby, what we would now call the north end of the colonnade, looks much the same at it did in 1916. But other features of the lobby have changed considerably. In the original building the staircases were open and stairs visible from the lobby. There were also windows in the staircases that added to the light in the Exhibition Hall. Also, at the south end of the lobby, on either side of the hallway that connected the building to the book stacks, were windows which also brought natural light into the lobby. It was quite handsome as you can see from this picture. 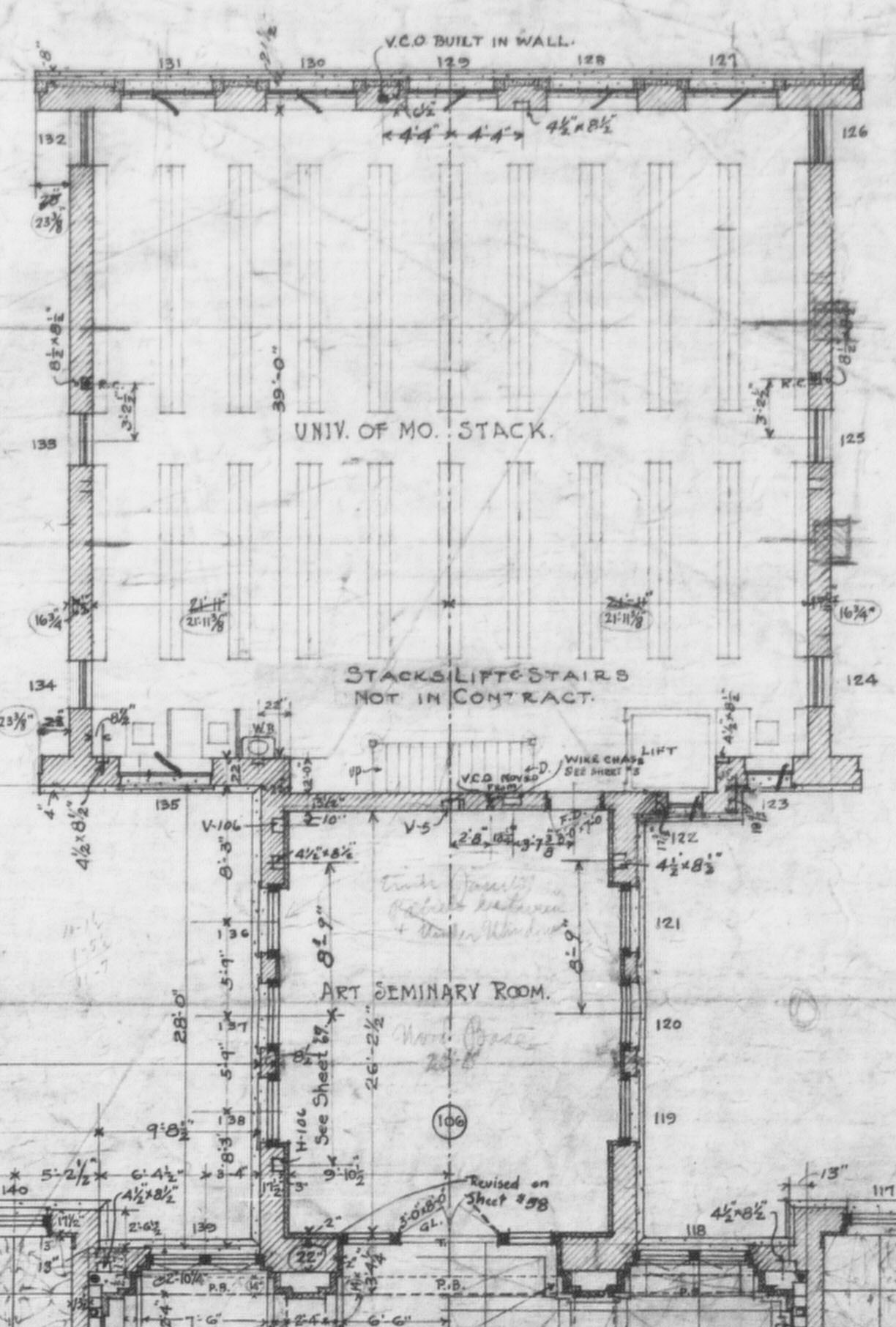 South of the Exhibition Lobby was the "Art Seminary Room" 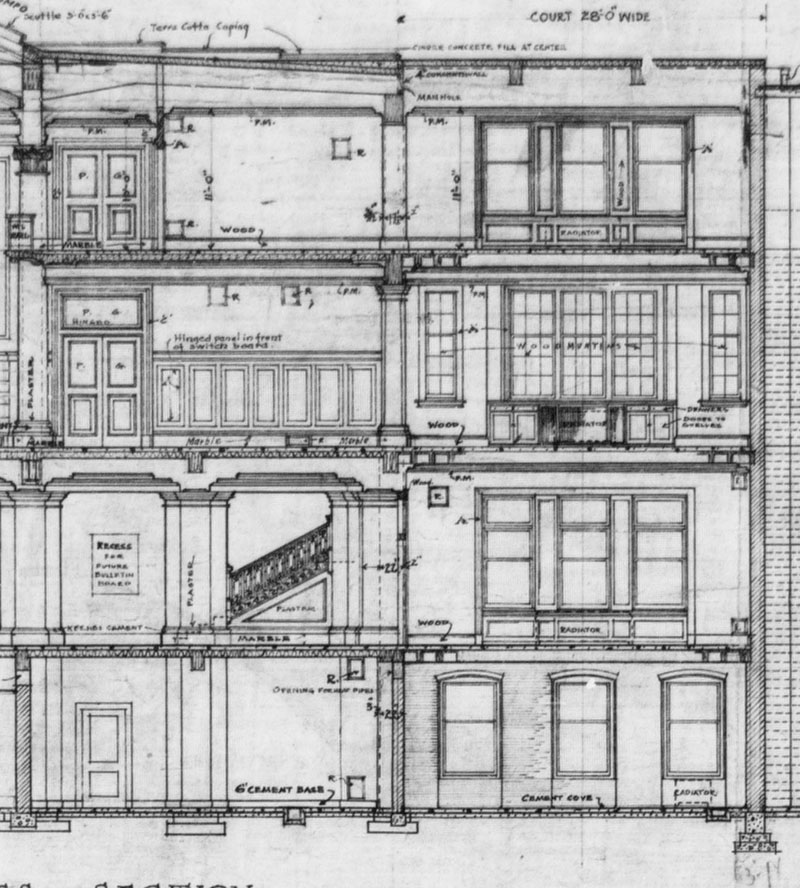 This is the cutaway view. You can see the open staircases on the 1st floor. Above the staircase on the 2nd floor you can see the paneling of the Delivery Room. To the right of the staircase and the Delivery Room is the connecting hall to the book stacks. On the ground floor this was the "Art Seminary" room. On the second floor is was an area behind the Delivery Desk which led to the stacks. On the 3rd floor is was an area behind the cataloging room that led to the stacks.