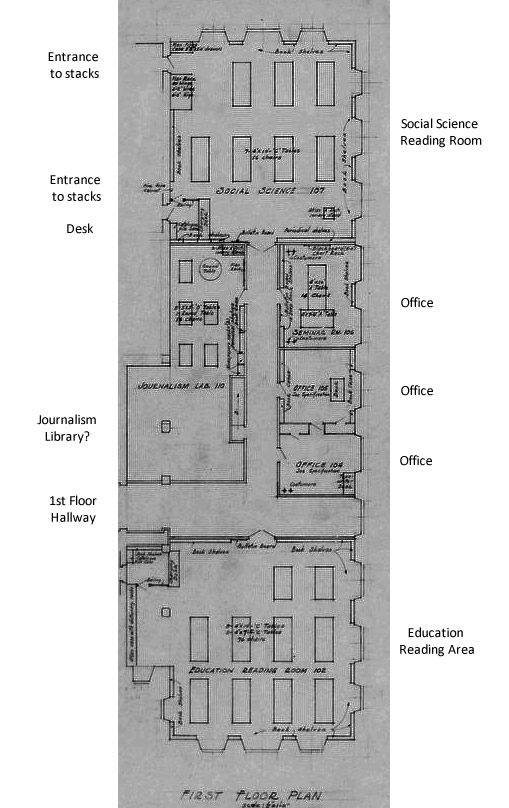 In 1936 the first floor room was divided into several area libraries.  At the top end (south) is the Social Science area. We know from the Report of the Librarian (1937 p.2) that the Social Science Area and the other area created in the West Addition were graduate reading rooms. They were kept open 12 hours a day, except for Journalism, which was only kept open 6 hours a day. All the areas were manned by student assistants.

A seminar room (now called a seminar and not a seminary room) and two offices are in the middle of the room on the west (right) side, On the east (left) side, it is labeled Journalism Library, but it was a reading room for graduate students. Journalism, like many other departments and schools on campus had its own library. The Journalism Library was located in Neff Hall in the 20's and in 1937 it moved to 117 Walter Williams Hall were it remained until the construction of the Reynolds Journalism Institute. see  History of the Journalism Library

The north part of the room was walled off and used as the Education Reading Area. Again, it was for graduate students.