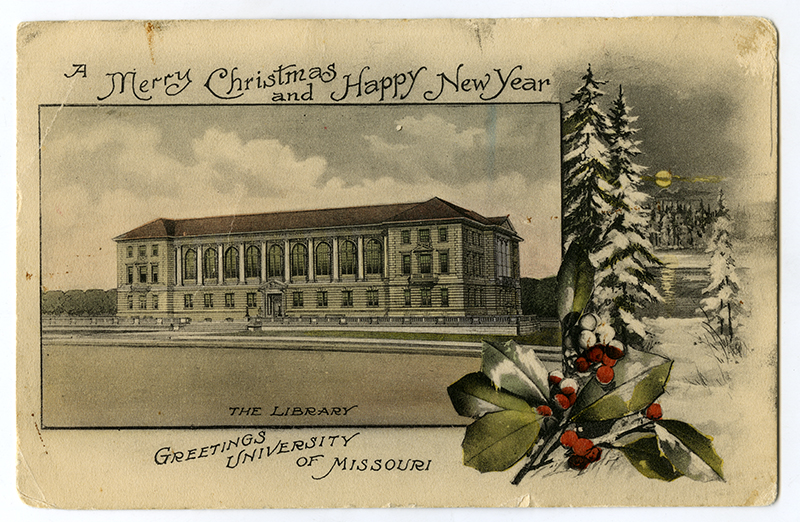 This picture, from a postcard, is the way the librarian at the time, Henry Ormal Severance, thought the library would look. The same picture appears in the 1915 Savitar. Librarian Severance used the same picture in the pamphlet the "Opening Excercises of the New Library Building January 6, 1918"  and in the article "New Library Building, University of Missouri" in Library Journal June 1915, p. 405 even though the building that was actually built bore only a faint resemblance to this picture.

It would be two decades before the West Wing would be added, and another two decades after that until the East Wing was built. The attractive patio and railing in front of the planned library would never be built. 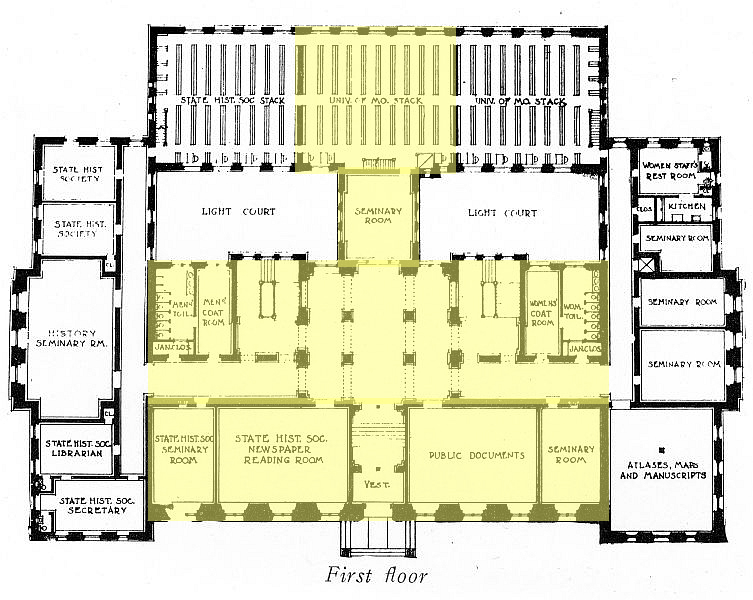 This the plan of the First Floor that appears in the Library Journal article. The central part of the building (in yellow) will be built, but the East and West Wings will not. Only the central stack area will be built.

Proposed plan of the 2nd floor 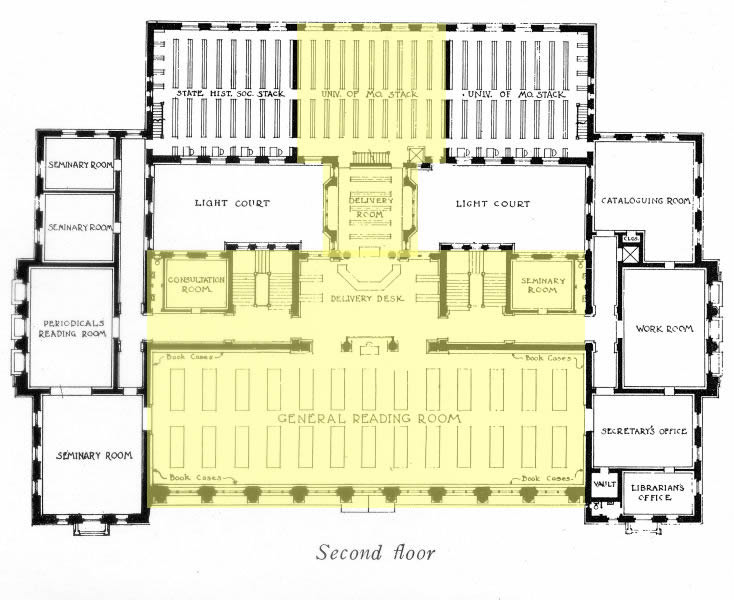 This is the plan of the second floor that appears in the Library Journal article. Again, the central portion (yellow) will be built but the side wings and the stack running along the back of the building will not.