On September 10 2011, an arsonist set fires in the Library. One of the fires was behind the Circulation Desk. Although the fire cause minimal damage, the water from the sprinkler system made its way through the northeast corner of the Library and did cause damage. Water came into the old card catalog room which was now housing reference books. Both the reference books and the shelves had to be moved for the clean up.

Shortly afterward, Library turned the disaster into an opportunity by reconfiguring the room.

The Information Commons had been such a success that it was decided to expand it into the water damaged area. DoIt (campus computing) helped turn most of the space into a general access computing site with 22 Mac computers, 42 PCs, three laser printers, and a plotter printer able to print posters.  Study tables and comfortable seating were put in along the periphery. 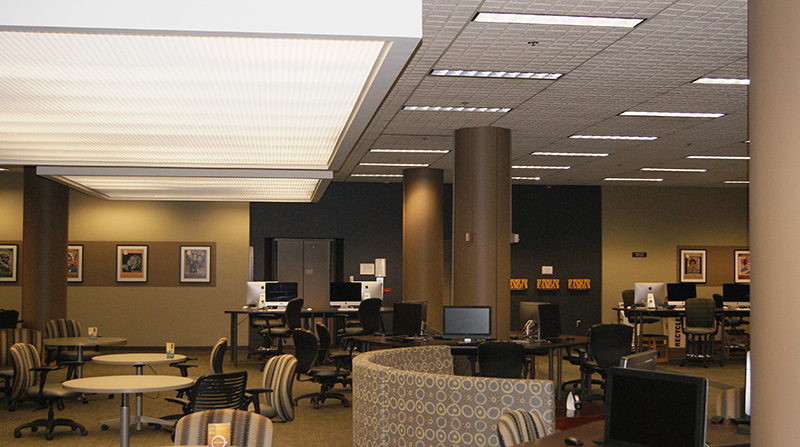 This is a view looking north toward the elevators. The tiger stripped decorations on the wall hold cell phone charging cords. 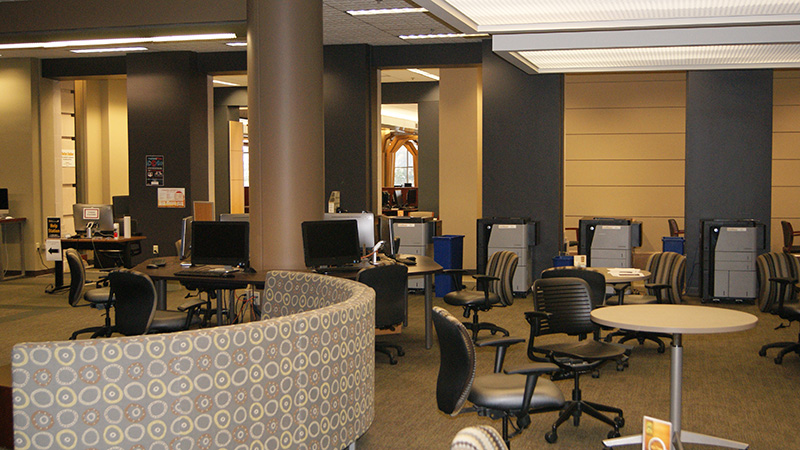 This is view looking south. The Information Commons can be seen in the background.