January 20, 2009 - The inaguration of President Obama - Many students came in the library to watch the inauguration in the library.  With three televisions upstairs and one down there were plenty of TV's to see it. 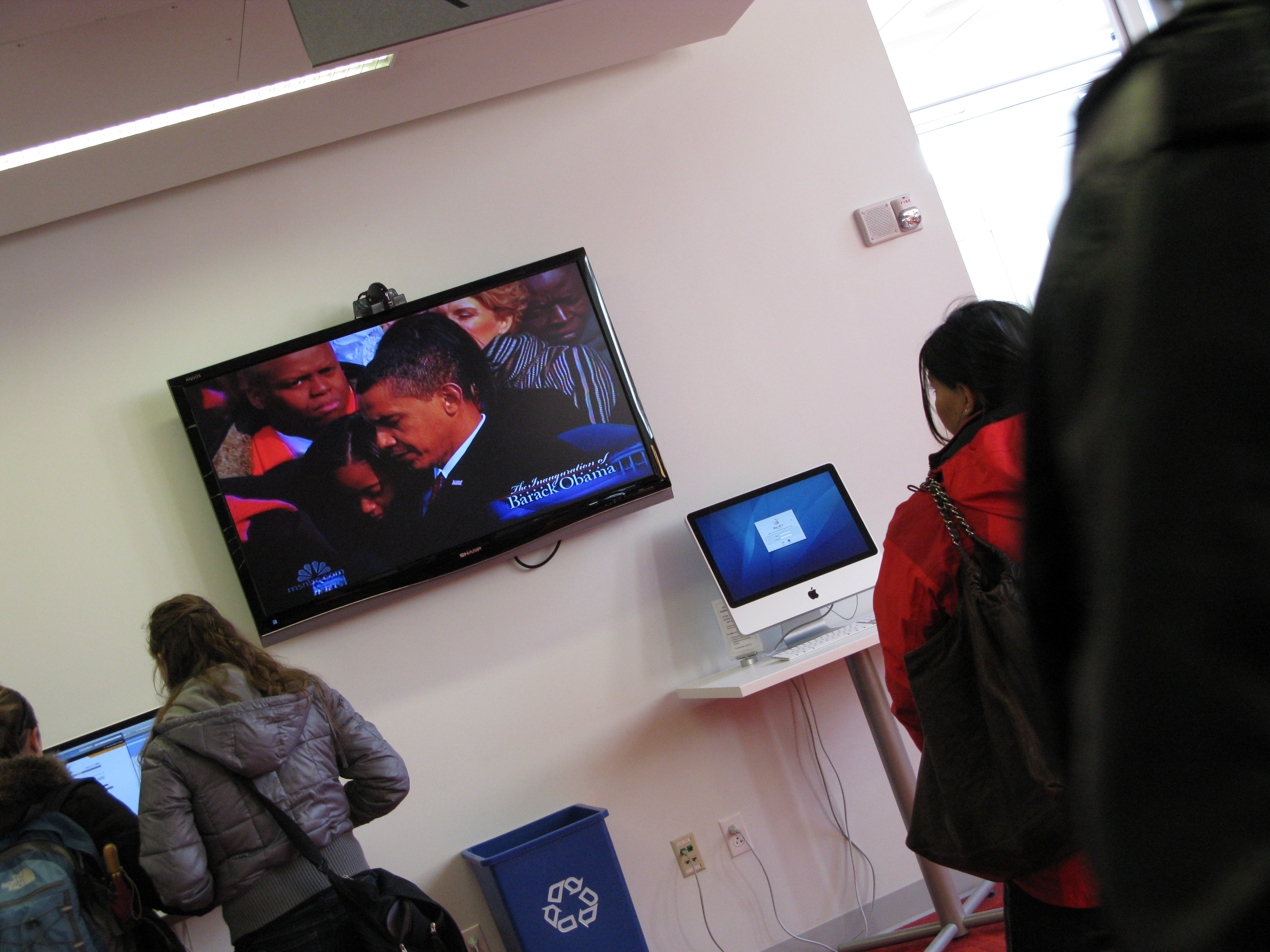 May 2009 -  Rededicating the Journalism Library for the third time.  Frank Lee Martin III was here for the dedication and is the speaker in the photo below.  The Chamber of Commerce had a ribbon cutting also.   See photos of the dedication here. 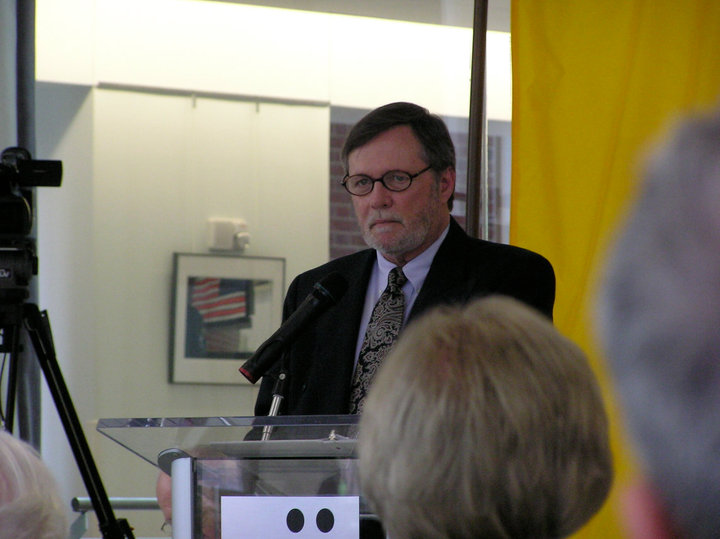 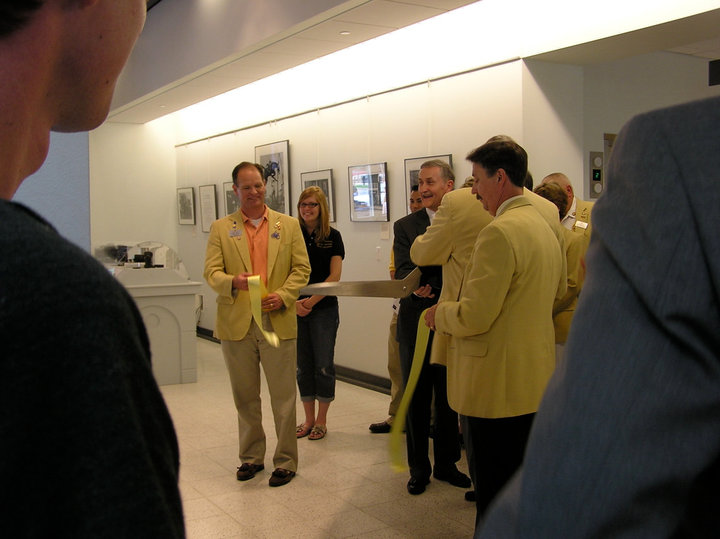 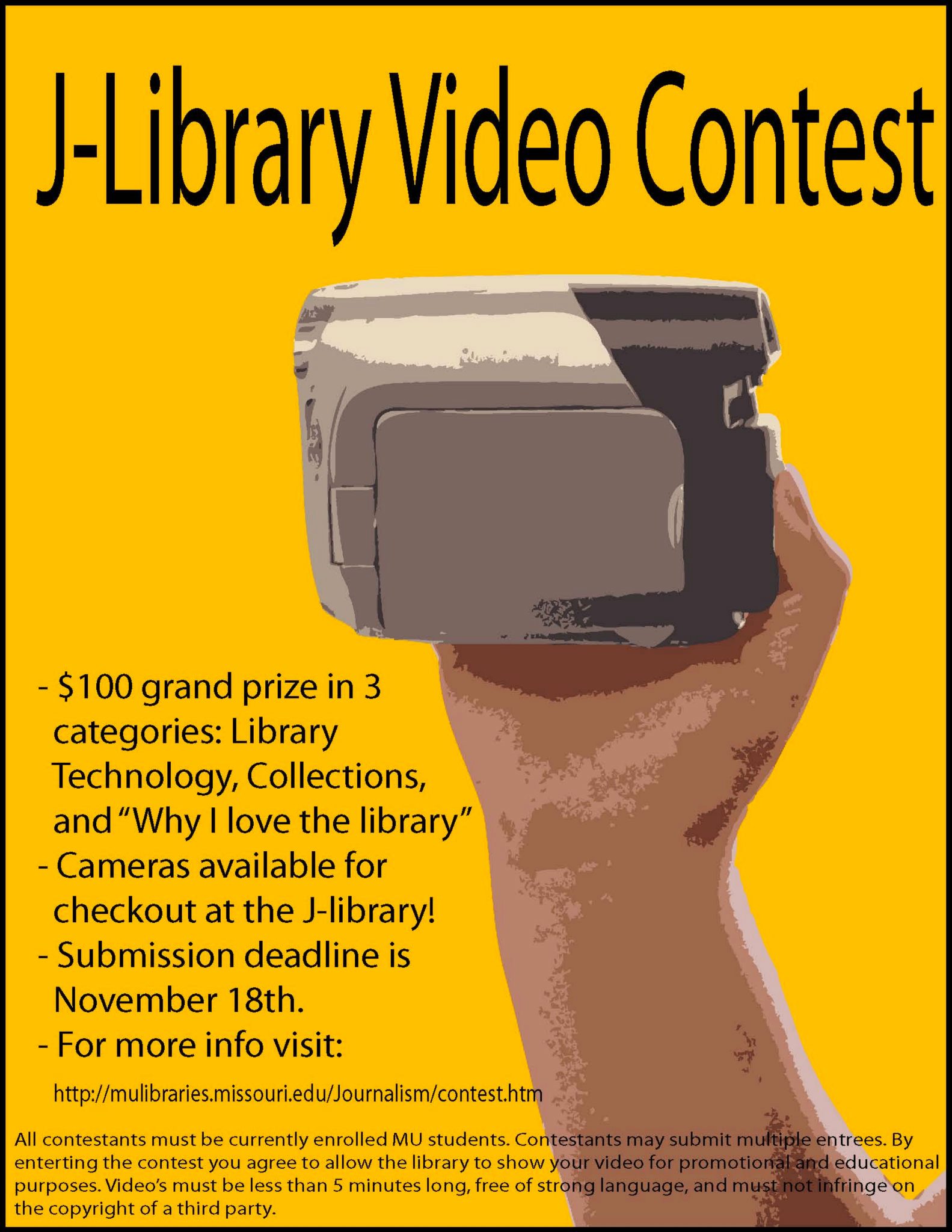 2009 - The Journalism library had laptops, chargers, scanner, video cameras etc. for students to check out.  We wanted to publicize our services so we had a video contest to showcase our technology for check out.

The announcement for the contest

Photos of the presentation of their gifts from the Director of MU Libraries, Jim Cogswell and faculty and staff members who attended.

2012 - Sent older journalism master projects to UMLD and moved the POYI (Pictures of the Year International) books where the old projects were. 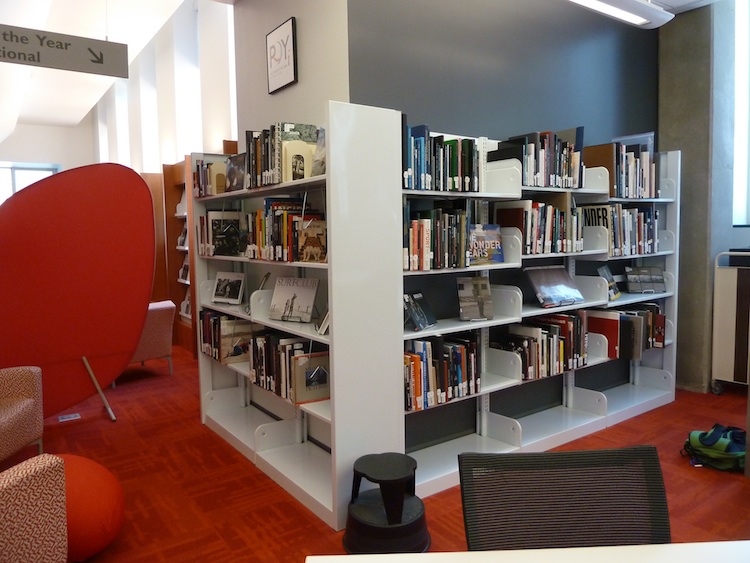 2008 - 2013 - Many book collections were donated to the Journalism Library during this time. 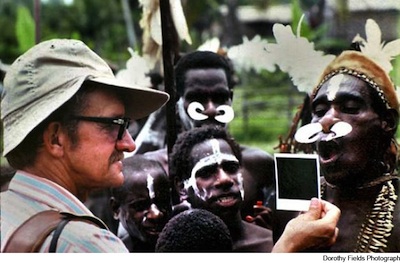 Then came the Betty and Angus McDougal photojournalism collection 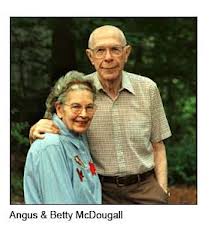 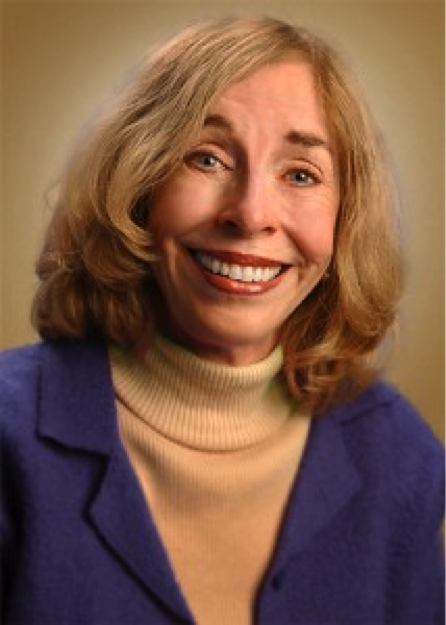 Then in 2015 we received the Mark Cowan photojournalism collection.

2015-2016 - We continue to check out all types of video cameras and multimedia equipment to faculty, staff and students from everywhere on campus.

Fall 2015 - The MU Libraries need financial help and try to get the students vote for a library fee.

The MU Libraries have reached a tipping point. Thirty years of consistently eroding funding have taken a toll on collections, facilities and service capacity. The libraries now face further decline, placing our libraries in a comparatively low ranking with our peer institutions.

The libraries have begun to plan for cuts to collections, hours, and services as a way of managing the mandatory campus 2% give-back, on top of other initiatives which have taxed the budget. With an infusion of new funds, and with a new partnership with students, the libraries could strategically begin to create new user spaces, maintain and build collections, and improve the level of library services.

The cost of information resources consistently increases annually by a higher rate of inflation than the Consumer Price Index (CPI). It is rare that the inflation rate for scholarly journals dips below six percent annually. The enactment of Missouri Senate bill 389 limits increases in tuition and fees to the CPI, leaving us with few viable options for increased campus investment in libraries. MU’s comparatively low tuition, combined with limited increases in tuition and fees, has held down costs to students. However, this has created an austere budget climate in which the MU Libraries are falling behind peers in services, space and collections.

What will be the cost to individual students?

The fee is based on credit hours, and is incremental over six years in order to alleviate undue cost without commensurate benefit to students who may not stay here long enough to see the changes. See the Fee Schedule for details.

How will the funds be used?

With the renovation of Jesse Hall nearing completion, the MU Libraries have an immediate need to renovate over 65,000 square feet in Ellis. This spring we will engage the student body in a series of forums on the use of space in our Libraries, both function and design. These renovations will be among the first investments made if a student fee were to pass. In addition, we plan to offer 24/7 access, to significantly expand collections available to students and faculty at MU, and to address long standing compensation issues for staff.

Continue to Next Section 2016 to present