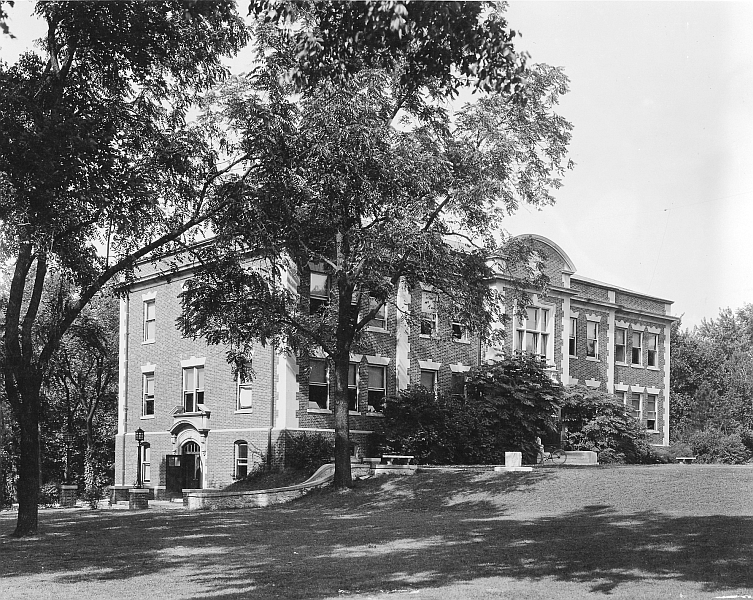 Excerpts taken from Williams, S. L. (1929) Twenty Years of Education for Journalism: A History of the School of Journalism of the University of Missouri Columbia, Missouri, U.S.A. E.W. Stephens Publishing, Columbia, MO.>

When in 1920 the school moved into Jay H. Neff Hall, one wing of the new home was set apart for the Journalism Library and Miss Julia Sampson was appointed journalism librarian.  Miss Sampson, a graduate of Stephens College, took library training at the University of Missouri and later was appointed assistant in charge of the Arts and Science Reading Room where she served for three years previous to coming to the Journalism Library. 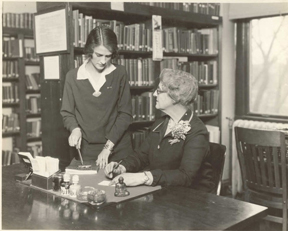 In October 1920, the Journalism Library moved into the Jay H. Neff Hall building.

According to the 1921 annual report "The library provided reading tables and chairs to accommodate sixty-five readers.  The eight hundred and fifty volumes of 1920 have been increased to nearly three thousand volumes and the periodical list has grown from one hundred to nearly three hundred.   About two hundred and eighty newspapers published in Missouri, representative newspapers from every state in the Union and from many foreign lands.  Nearly all of the books have direct application to journalism.  Many deal with the history and ethics of journalism.  There is also an extensive list of works on advertising.  Standard reference books, encyclopedias, atlases, maps, et cetera, are also available.  There are bound volumes of the Missourian since its origin in 1908 and also bound volumes of trade magazines relating to journalism.  The periodical list includes technical magazines devoted to newspaper work, printing and advertising, and the leading magazines devoted to current events, as well as typical house organs and class publications.

All of these publications are used for reference reading and study in connection with the various courses taught." 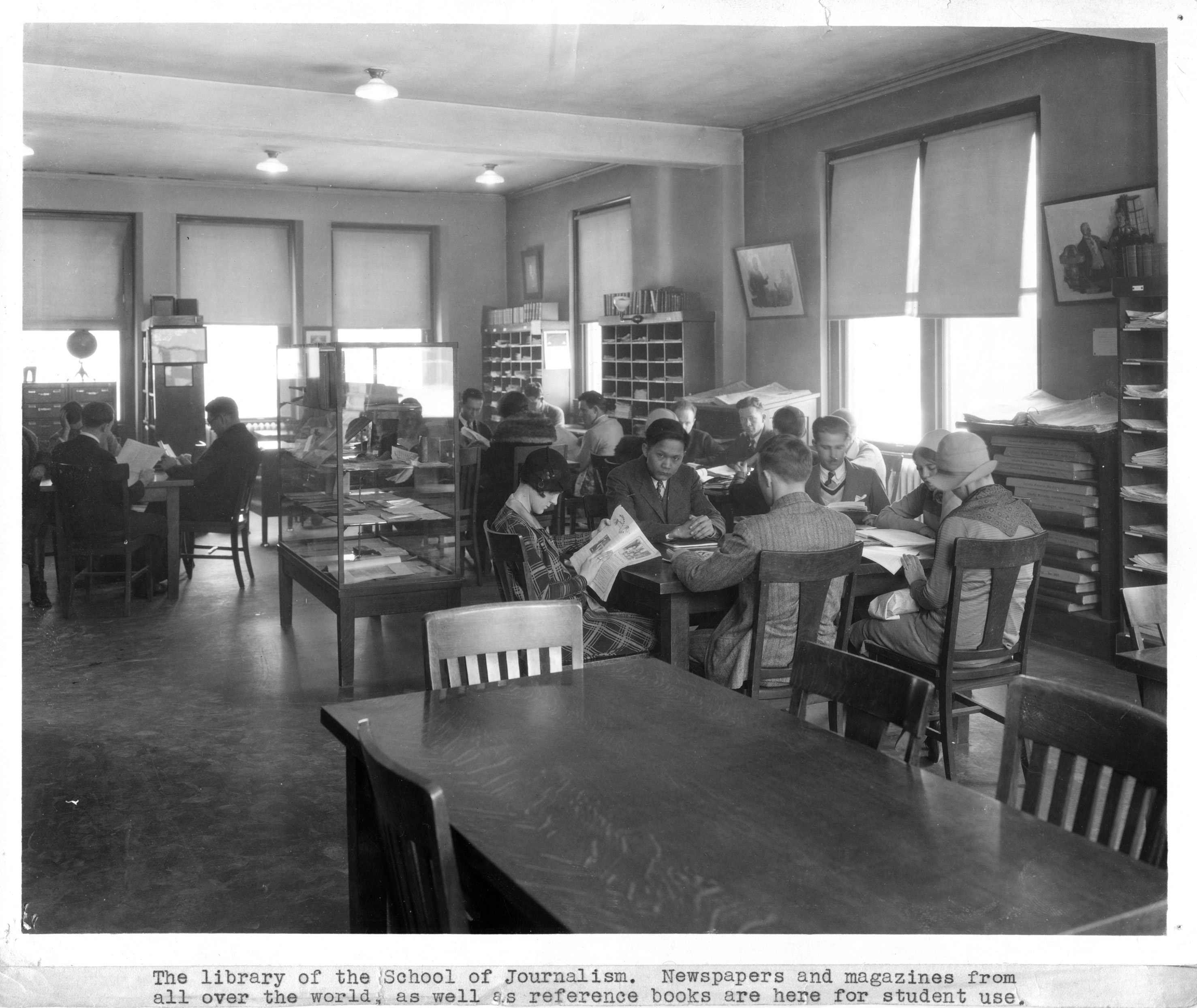 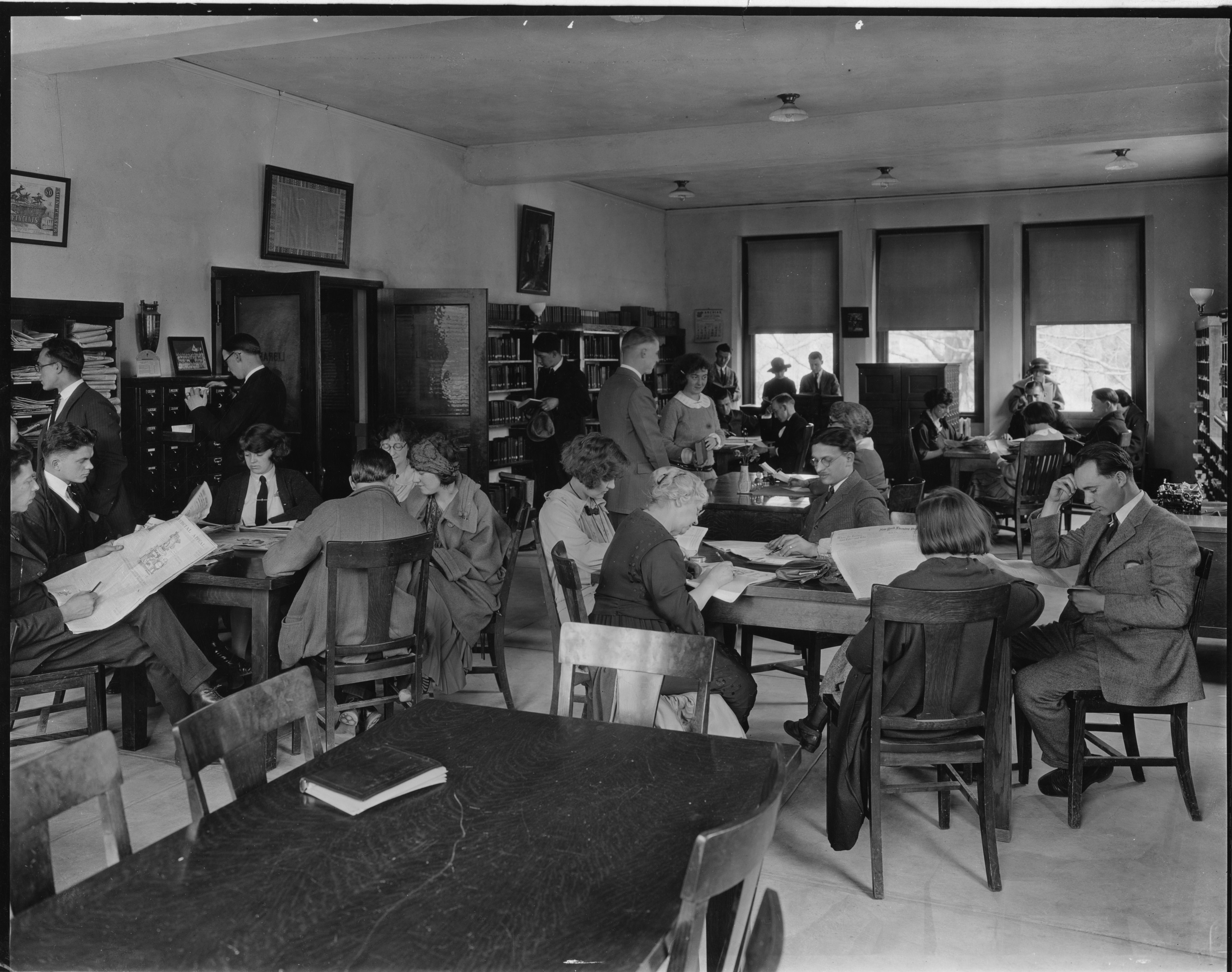 Greater Facilities and a Newspaper Library

With the expansion of the Journalism Library in the new building better facilities were available for research in journalism providing the opportunity for new courses for the newspaper and magazine departments as well as courses in literary and dramatic reviewing, newspaper library.

According to Lockwood, S. L. (1925). Missouri Alumni in Journalism:  a Directory of Graduates and Former Students of the School of Journalism.  University of Missouri, a "newspaper library" course was added to the journalism curriculum.

Also included in Lockwood's "Directory": Things to See In and Near Neff Hall - "A Rare facsimile of a notebook used by Beethoven is on display in the Journalism Library through courtesy of Prof. W. H. Pommer, professor emeritus of music of the University."

In 1930, the Journalism Library had approximately 4,708 volumes of books and received about 500 magazines and newspapers every year.

Go to next section  "1936 The Arch and Walter Williams"