“I believe in the profession of journalism. I believe that the public journal is a public trust; that all connected with it are, to the full measure of their responsibility, trustees for the public; that acceptance of a lesser service than the public service is a betrayal of this trust.

I believe that clear thinking and clear statement, accuracy, and fairness are fundamental to good journalism.

I believe that a journalist should write only what he holds in his heart to be true.

I believe that suppression of the news, for any consideration other than the welfare of society, is indefensible.

I believe that no one should write as a journalist what he would not say as a gentleman; that bribery by one’s own pocketbook is to be avoided as much as bribery by the pocketbook of another; that individual responsibility may not be escaped by pleading another’s instructions or another’s dividends.

I believe that the journalism which succeeds best–and best deserves success–fears God and honors man; is stoutly independent, unmoved by pride of opinion or greed of power, constructive, tolerant, but never careless, self-controlled, patient, always respectful of its readers but always unafraid, is quickly indignant at injustice, is unswayed by the appeal of privilege or clamor of the mob, seeks to give every man a chance, and, as far as law and honest wage and human brotherhood can make it so, an equal chance; is profoundly patriotic while sincerely promoting international goodwill and cementing world-comradeship; is a journalism of humanity and of today’s world. 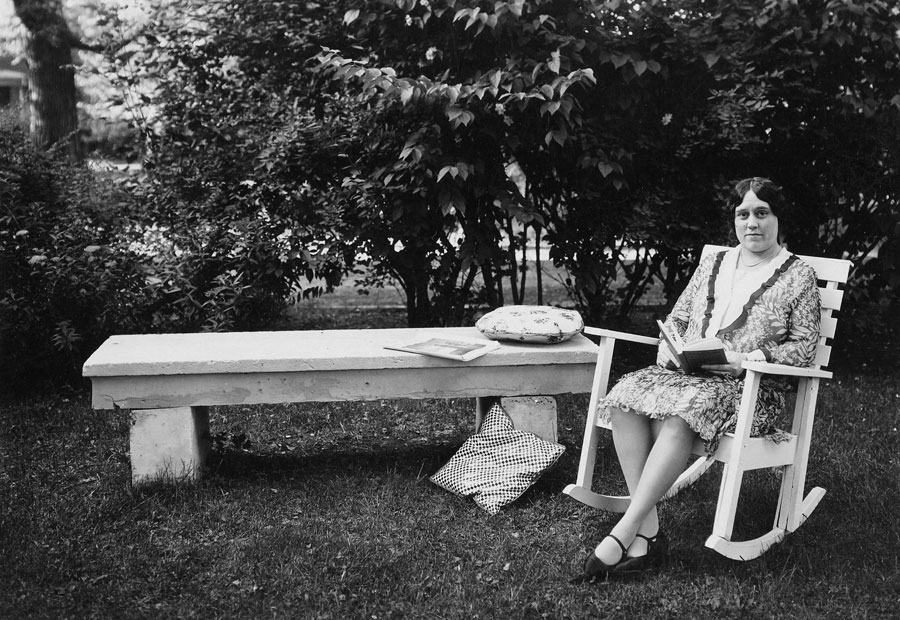 In 1908, Walter Williams established the School of Journalism at the University of Missouri in Columbia, Mo.

His wife, Sara Lockwood Williams, organized a library, devoted to the subject of journalism, composed of 92 volumes of books, newspapers and a Missourian clipping file donated by James West Goodwin, a newspaper man from Sedalia, Missouri.  In 1909 the library was housed in one smalll room in Switzler Hall.

Students in the School of Journalism still have access to the State Historical Society Library and the general University Library, both of which have been housed in more spacious quarters and have greatly increased their number of volumes.  In addition, several divisions of the University have specialized libraries devoted to books, periodicals, et cetera, especially pertaining to the division, and all of these are open to journalism students as well as to students in any other division.  Such specialized libraries are maintained in agriculture, engineering, medicine, arts and science, and other divisions.  But most important of all to the journalism student is the Journalism Library.

As soon as the School was organized various newspapers and trade periodicals were subscribed for, giving students opportunity to keep in touch with news of the world daily and to study style and policies of various publications.   These publications were the nucleus of the Journalism Library.  When the school was moved in 1909 into Switzler Hall more newspapers were taken and newspaper racks placed in the News Room.  Later one small room in Switzler Hall was designated as "the library" and in it the number of reference books gradually grew to several hundred, while many more newspapers and periodicals were added.  Student assistants had charge of the library in these first years.  At this time, too, a "morgue" was started, where clippings and notes for future reference as well as cuts which had been used in the Missourian and might be of value later were filed and cataloged.

One of the early style manuals used was:

Lindner, G. V. (1912). The Newspaper Library Manual. Lemcke, New York.  (For use of newspaper offices and schools of journalism). In January, 2021, the journalism librarian at the University of Missouri, Claire Ginsburg, published a revised edition of the Newspaper Library Manual in the 1921 edition of the University of Missouri Bulletin Journalism Series.

General duties of a librarian in a newspaper office are explained in this pamphlet; then the library itself is discussed.  The author explains the value of a reference department of a library, what it should contain, how to catalog books, and how the indexing department functioned.  In addition, he suggests books for the library and provides a complete list of subjects under which books in a newspaper office might be cataloged.

The Journalism Library was officially dedicated in 1913.