The links below to the "Full Document" zip files are not working. To download the file, right click and copy the link address. Paste it into a new browser window. That should automatically start the download of the file.

The Seventh Census of the United States: 1850. Embracing a statistical view of each of the States and Territories, arranged by counties, towns, etc., under the following divisions . . . with an introduction, embracing the aggregate tables for the United States compared with every previous census since 1790—schedules and laws of Congress relating to the census in the same period—ratio tables of increase and decrease of cities and States, etc., by sex and ages, and color—table of population of every county, town, township, etc., in the United States, alphabetically arranged—together with some explanatory remarks, and an appendix embracing notes upon the tables of each of the States, etc. 49 pages.
Census Bureau Links to each section
Title Page [PDF], Full Document [ZIP, 185.3 KB]

Abstract of the Seventh Census: Report of the Superintendent of the census for December 1, 1852
Census Bureau

United States., & De, B. J. D. B. (1854). Statistical view of the United States: Embracing its territory, population--white, free colored, and slave--, moral and social condition, industry, property, and revenue : the detailed statistics of cities, towns, and counties : being a compendium of the seventh census, to which are added the results of every previous census, beginning with 1790, in comparative tables, with explanatory and illustrative notes, based upon the schedules and other official sources of information. Washington: A.O.P. Nicholson, public printer.
Census Bureau
WorldCat
Title Page [PDF], Full Document [ZIP, 67.4 MB]

De, Bois. J. D. B. (1853). The industrial resources, etc., of the southern and western states: Embracing a view of their commerce, agriculture, manufactures, internal improvements, slave and free labor, slavery institutions, products, etc., of the South ; together with historical and statistical sketches of the different states and cities of the Union --statistics of the United States commerce and manufactures, from the earliest periods, compared with other leading powers -- the results of the different census returns since 1790, and returns of the census of 1850, on population, agriculture and general industry, etc. New Orleans: Pub. at the Office of Debow's review. 3 volumes. 468 pages.
Hathi Trust
WorldCat
Digital Library Access (University of Michigan) 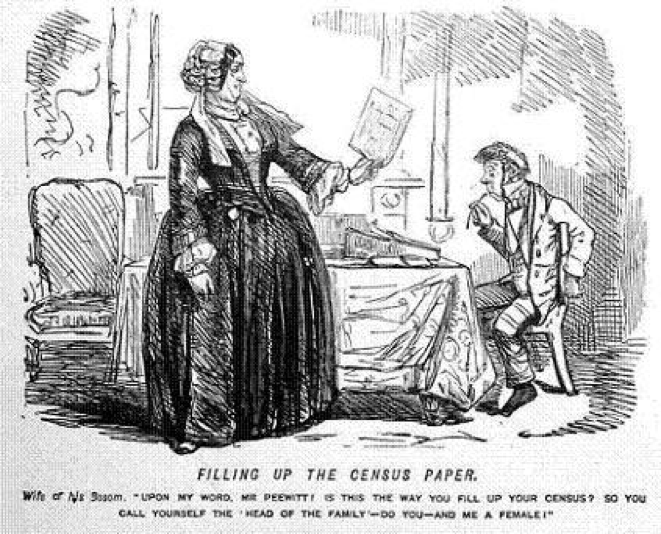 A cartoon featured in the July 1851 Harper's New Monthly Magazine. The caption reads: "Upon my word, Mr. Peewitt! Is this the way you fill up your census paper? So you call yourself the 'head of the family' - do you - and me a female." (link) 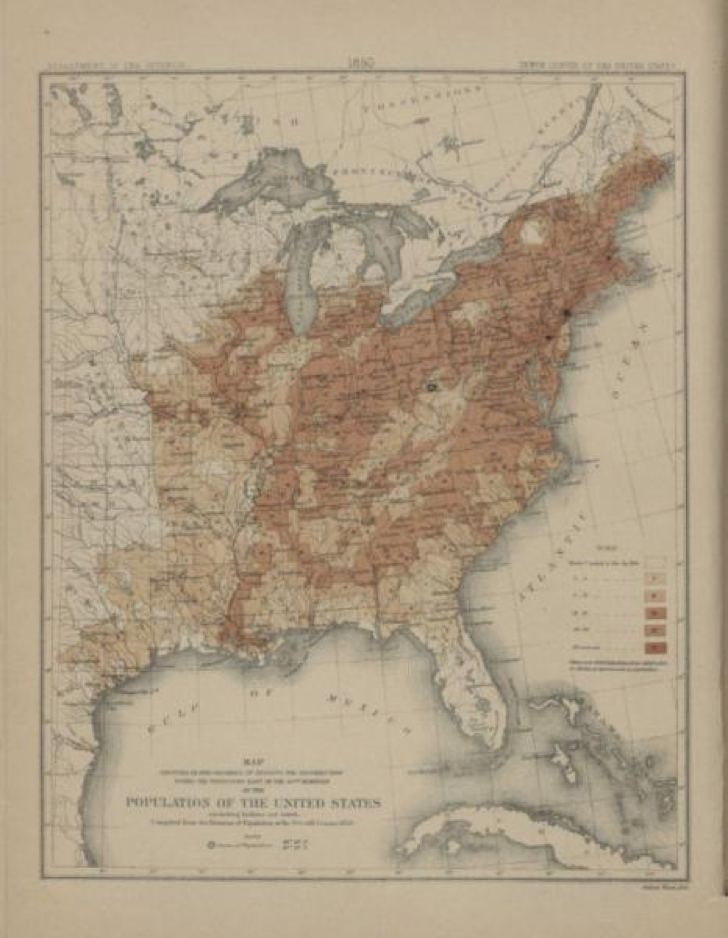 A map showing the density of the U.S. population based on 1850 census data. (link) 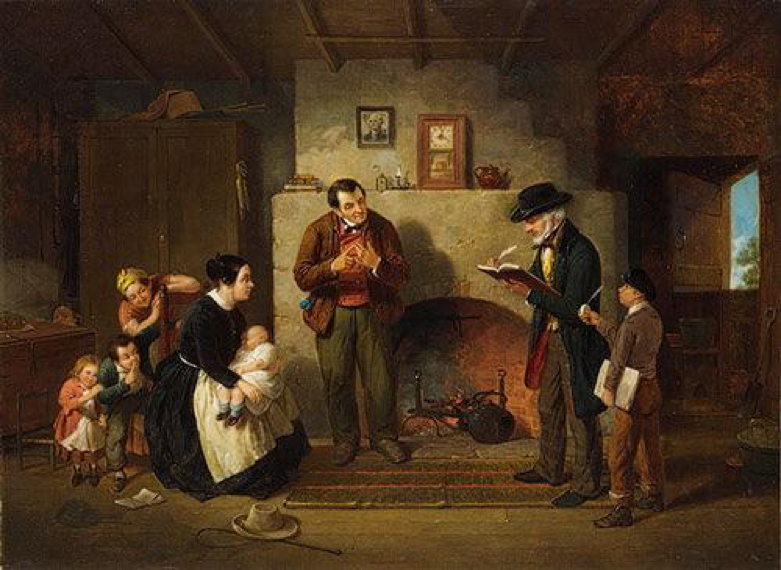 A census taker enumerates ("counts") members of a household during the 1850 census. (link) 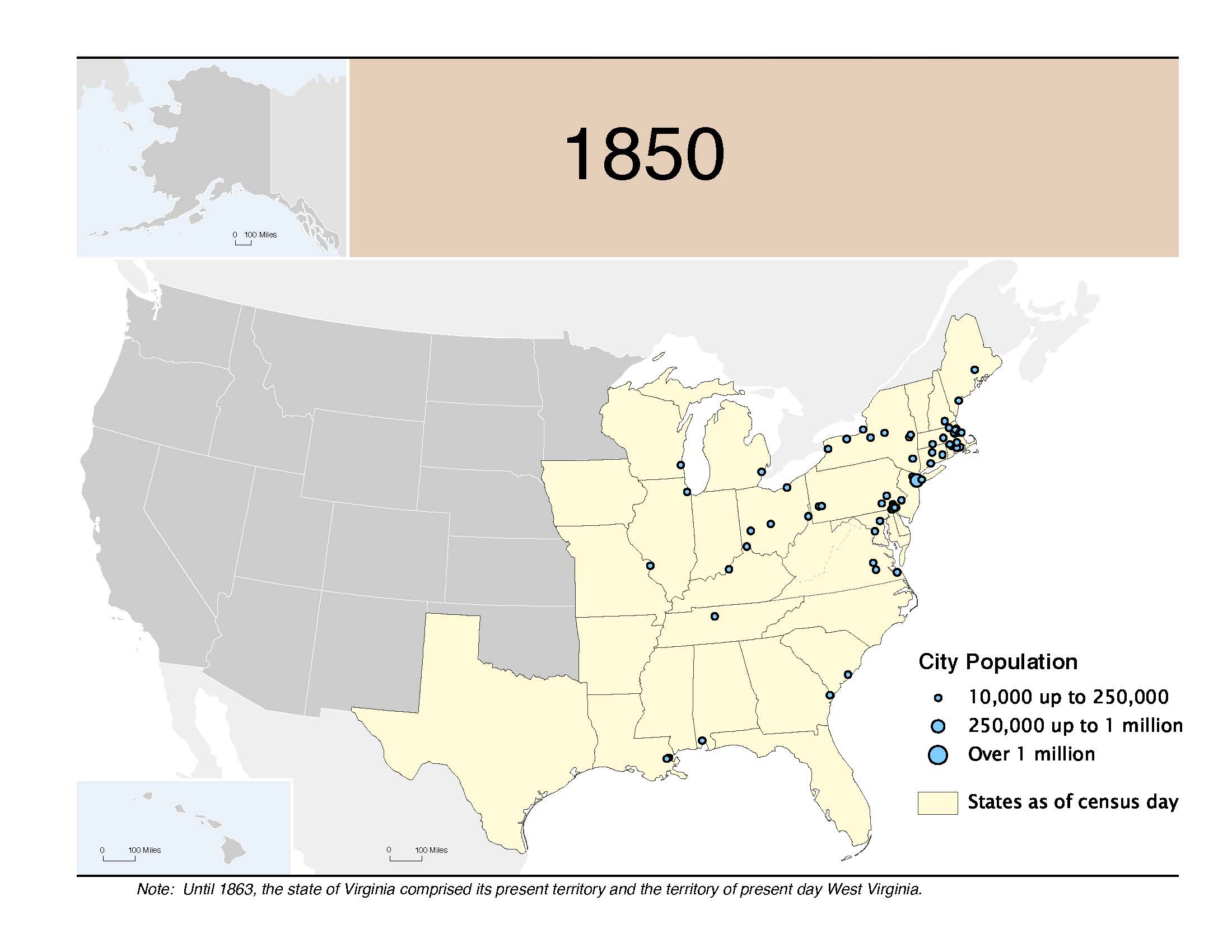