A guide for finding resources to do with the first peoples of America and other colonized areas.

The territory of the Osage Nation originally stretched from Wisconsin to Louisiana and covered much of Missouri, Kansas, Oklahoma, and Arkansas. The Osage Nation was involved with many conflicts with other tribes in the area, especially those tribes that were moved into their traditional territory as a part of Indian Removal. Because of this the United State Government negotiated the ceding of Osage lands and the establishment of a reservation in Kansas in 1825. After the Civil War and the difficulties that the Osage Nation faced due to the Kansas-Missouri border war, they were relocated again to what was then Indian Territory, now Osage County, Oklahoma, in 1871. The Osage were unique in that they were able to sell their reservation land in Kansas to the U.S. government for a favorable price and buy their reservation in Oklahoma; this helped them greatly when the U.S. government would attempt to steal that land through allotment. Today the Osage Nation remains the only federally recognized reservation in Oklahoma and are still very involved in the energy business of the state due to the large amounts of oil under their land. The Nation has over 13,000 enrolled members and is doing very well for themselves. More information about the Osage Nation can be found on their website.

All information in this summary can be found on the Osage Nation Website, the Encyclopedia of Oklahoma History and Culture, and the Oklahoma government website. 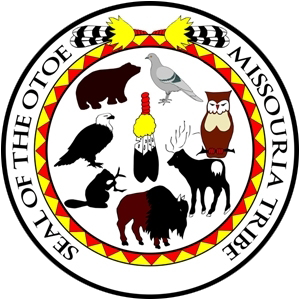 The Otoes and Missourias were originally two different distinct Plains tribes that were distantly related, however after contact and many deaths due to disease the two tribes merged in order to better hold onto their territory. The Otoe Missouria were not subject to the Indian Removal Act of 1830, however after several conflicts with incoming white settlers, they were confined to the Big Blue River Reservation in Nebraska in 1855. In 1881, what remained of the tribe after the struggle to adjust to reservation life was moved to Red Rock, Oklahoma which is where the tribe resides to this day. There are currently approximately 3,000 enrolled members of the Otoe Missouria Tribe. More information about the tribe can be found on their website.

All information in this summary can be found on the Otoe Missouria Website.

The Libraries also hosted an event with the Otoe Missouria Tribe on November 4, 2015. Find out more about it here. 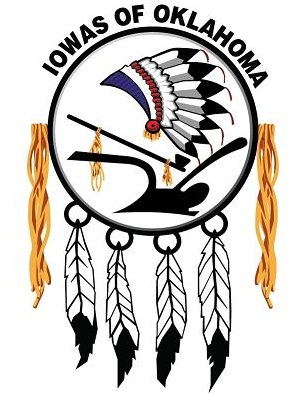 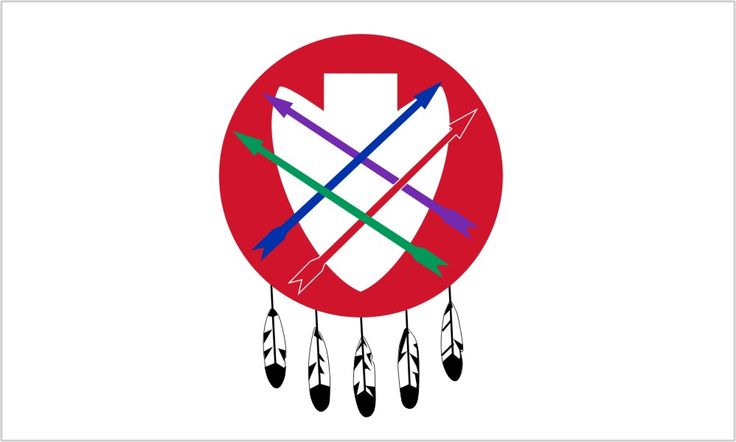 The Illini Tribe, or Illinois Tribe, was originally a confederation of 12-13 tribes whose territory spanned from the Great Lakes Region down to northern Missouri. Some of the tribes that made up the confederation include, but are not limited to, the Kaskaskia, Peoria, Piankeshaw, and Wea Tribes. The Illini Confederacy is the descendants of the legendary Mound Builders. The Illini population was devastated by disease in the 18th century after extensive contact with settlers and traders as well as by warfare, what remained of the Illini Confederacy was moved onto a reservation in Kansas in 1832, while there they reconstituted themselves as the Peoria Confederacy and they consisted of the aforementioned tribes. In 1867, after the Civil War, the tribe relocated to what was then Indian Territory, now Miami, Oklahoma. Today the Peoria Tribe has around 3,000 enrolled members. More information can be found on their government's website.

Information in this summary can be found either on the Peoria Tribe Website or through the Illinois State Museum.

The Quapaw Tribe, pronounced O-Gah-Pah, originally lived in Arkansas with their territory stretching up to Southern Missouri. After the Louisiana Purchase in 1803, the Quapaw Tribe ceded millions of acres of land to the U.S. Government in treaties in 1818 and 1824 leading to the tribe being removed to Indian Territory in 1826. On the journey to Indian Territory and for several years afterward, the Quapaw endured numerous hardships and their population was decimated. Eventually a reservation was established for the Quapaw in Northeastern Oklahoma in 1834 and the remaining tribe members moved there. The Quapaw tribe resides there to this day and currently has over 3,000 enrolled members. More information can be found on their government's website.

All information in this summary can be found on the Quapaw Tribe's Website, the Encyclopedia of Oklahoma History and Culture, and the Oklahoma government website.

Other Tribes that ceded land in Missouri

These nations were pushed westward to Missouri by white encroachment and then ceded land to the US Government during Removal and were settled elsewhere.