Dorris, a friend of yours has recently come to you extremely frustrated. She hired Andrew accountant to help file taxes for her business. She soon realized however, that the income was over stated by $3 million and Dorris was bill excessively for work that did not need to be done. Andrew has since told Dorris that he would correct the problem and that it wasn't such a big deal. He soon thereafter stopped returning phone calls.   What options are available to Dorris? 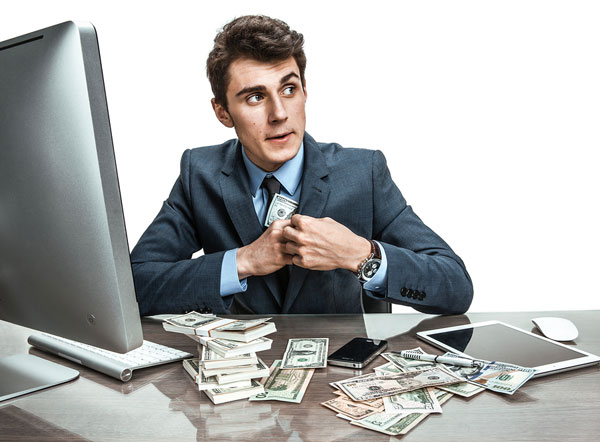 In order to best advise Dorris, you may want to start at common law. A duty of care was breached by a person in a position of trust. One likely has an action for breach of fiducairy duty. While the common law elements are virtually the same in every state, it may be worthwhile to check using LexisAdvance. One can simply type "What are the elements of breach of fiducairy duty in Florida? (or Missouri? California?) The elements should readily pop up. We can also look into Section 874 of the Second Restatement of Torts for guidance to see if it has been adopted by our jurisdciton "A fiduciary exists between 2 persons when one of them is under the duty to act for or to give advice for the benefit of another upon matters within the scope of relation."  After we make our lawsuit considerations there is another step. Now we want Dorris to take remedial steps through government agencies. We can help her submit a complaint on the Consumer Financial Protection Bureau's website. 97% of people receive a timely response in a 15 days. The agency has the power to fine and sanction the accountant and perhaps look deeper into his practices as well. Not only will the lawsuit alleging breach of fiduciary duty put pressure on the defendant, so will a government agency that has a far reach to investigate and regulate into financial instituions and their practices.

Bradley, an old high school friend of yours has come to you seeking legal advice. He owns a national distribution service for medical devices with sales reps all around the country. Eric employee has recently left the company in 2013. Upon his departure it has been discovered he took a customer list with him and has begun working with a competitor. The list was designated as confidential information. There is no clear and convincing evidence just yet he is using that information to his advantage, but some of Bradley's biggest customers have left to go with his new company. It is now 2017. What might you advise Bradley?

We can start with analyzing Eric's taking of information. While looking on the Brooks Kushman law firms discussion board, we can see that customer information is indeed a trade secret.  "Under the Defend Trade Secret Act of 2016 and most uniform statutes, the use of confidential informtion constitues a trade secret. We must look to see what state law can apply or the federal Defend Trade Secret Act through the 50 state survey in this guide.   In Allstate Ins. Co. v. Rote, 2016 U.S. Dist. LEXIS 104374 (D. Or. Aug. 7, 2016), the court granted a preliminary injunction barring an insurance representative from using customer information, including names, addresses, and policy information, in a new competing business. The court found that such customer information was likely to be protecctble as trade secret information under both the DTSA and Oregon Uniform Trade Secret Act, Or. Rev. Stat. § (O.R.S.) 646.461."

Now we can file a Trade Secret Misappropriation claim so long as we can establish Bradley took reasonable measures and the secret derived an independent economic value. Based on the fact that the list was marked "Confidential Information", it is likely there were reasonable measures. The list itself derives independent economic value because it is a list of people buying our Bradley's product that competitors do not have. We can file the federal action and then supplement a state law claim if we think it is worthwhile. Maybe the state has a longer statute of limitations than 3 years under the Defend Trade Secret Act. In the absence of a longer statute of limitations, we can likely argue however the 3 year statute still applies from the "continuing use doctrine" as spelled out in the federal and most state statutes. (Remember the statute of limitations does not start running from the taking of the information.) Assuming what Bradley told us is true, we can likely help him recover.