Government Information on Refugees from Europe (Including the Soviet Union) 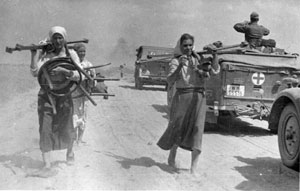 Soviet refugees from the collective farm pass by the German motorcade from the Wehrmacht (Nazi Army) in the offensive. Source: WW2 High Resolution Photos 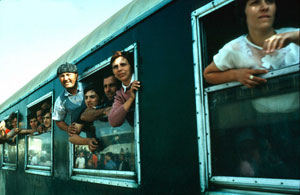 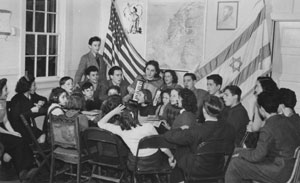