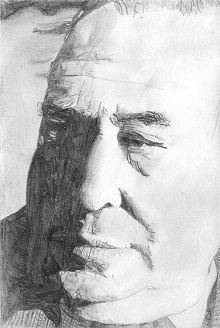 Images In this Guide

Images used in this guide are all licensed under a Creative Commons Share-Alike license.

Adapted from Chronology posted on the C.S. Lewis Foundation website and Lewis' biography in the Oxford Dictionary of National Biography.

1908 - Lewis' parents and older brother die.  He is enrolled in boarding school.

1917 - Lewis enters Oxford University but is soon commissioned in the British Infantry.  He reaches the Somme on his 19th birthday.  He is wounded in 1918 and discharged in 1919.

1919-1951 - Honoring a pact with a fallen comrade to look after his bereaved mother, Lewis lives at the home of Mrs. J.K. (Janie) Moore and her daughter Maureen until Janie's death in 1951.

1933 - Lewis convenes "The Inklings" at the Eagle & Child pub.  His first allegorical work The Pilgrim's Regress is published.

1936 - The Allegory of Love, a study of the Medieval tradition, is published.

1941 - The Screwtape Letters are published in weekly installments in The Guardian, a religious newspaper that ceased publication in 1951; it had no connection with the Manchester Guardian newspaper.)  Lewis begins giving radio addresses on the BBC, known as "Right and Wrong."

1944 - Lewis continues giving talks on the BBC.  Taken together, all of Lewis' BBC radio broadcast talks were eventually published under the title Mere Christianity. The Great Divorce is published in weekly installments in The Guardian.

1946 - Lewis is passed over for the M Chair at Oxford, because of "too pronounced" Evangelical tendencies

1950-1956 - Chronicles of Narnia are published.  Lewis' correspondence with writer Joy Gresham of New York begins.  She will eventually leave her abusive husband and join Lewis in England.

1960 - Lewis crosses the English Channel for the first time since 1918, on a journey to Greece with Joy, whose cancer was then in remission.  The Four Loves is published.

1961 - An Experiment in Criticism is published.  A Grief Observed, published pseudonymously, about his grief at the death of Joy.

1964 - The Discarded Image is published posthumously.

Rachel Brekhus
she/her/hers
Email Me
Contact:
168 Ellis Library
(Mon and Fri only). I work from home by default Tuesdays and Thursdays, but come to campus for in-person classes and meetings as needed.