Welcome to the guide for fine press materials in Special Collections! 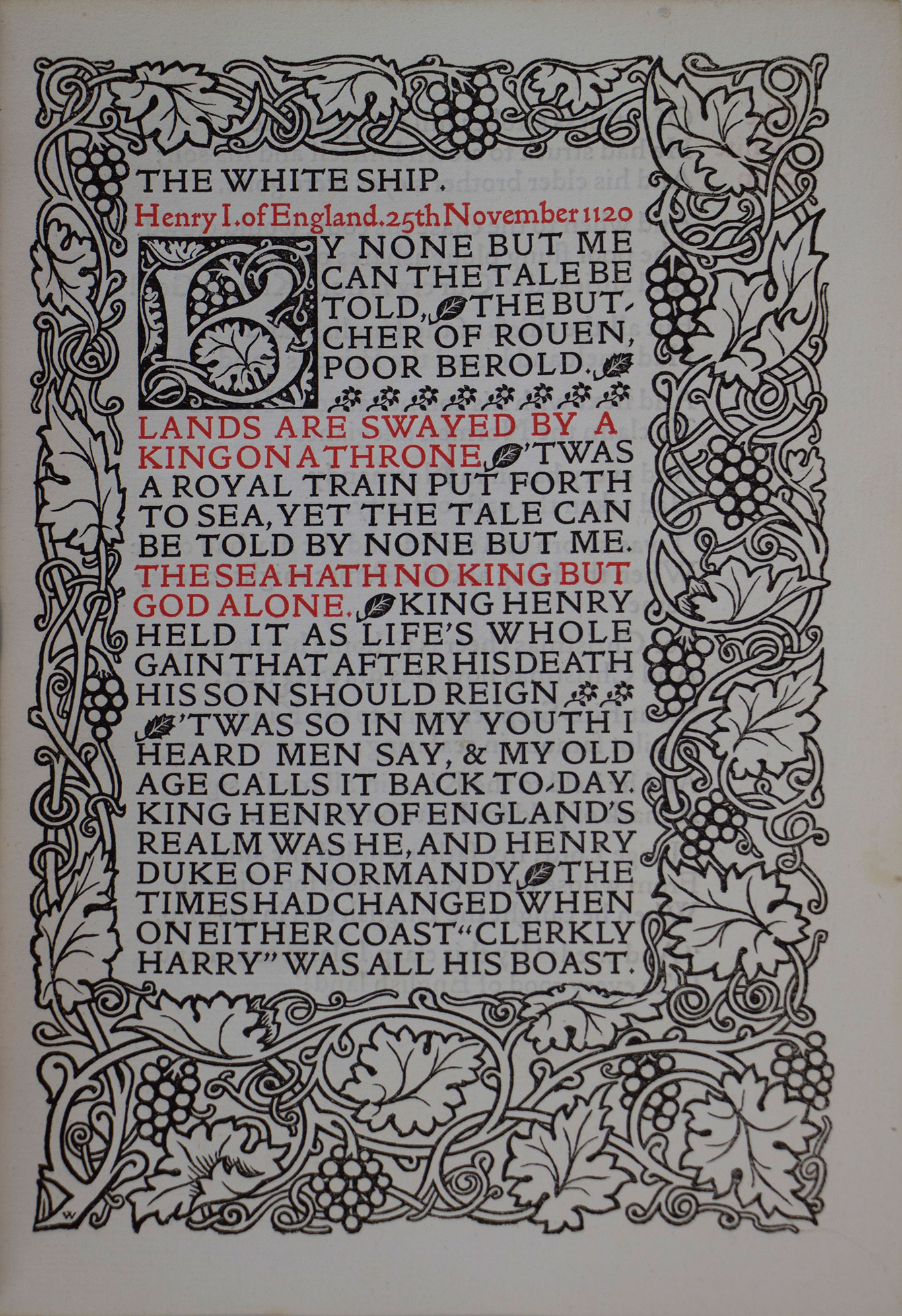 What is a fine press?

A fine press is a printing establishment that adheres to particularly high standards in terms of the skill of the workers, the choice of materials, and the overall design of the books ultimately produced. As a consequence of these high standards, print runs – i.e. the number of copies of a book that are printed – tend to be very low. There is often, in addition, an emphasis on traditional printing technologies and techniques. The modern fine press movement is usually considered to have begun with the Kelmscott Press, established by William Morris in 1890-1891 as part of the broader Arts and Crafts movement. Morris founded his press in opposition to the ever increasing mechanization of printing over the course of the 19th century, which Morris believed was accompanied by a decline in printing standards. The spirit of the fine press movement continues in the ongoing revival of the techniques of letterpress printing, but the movement itself is usually dated to the years 1891-1939. 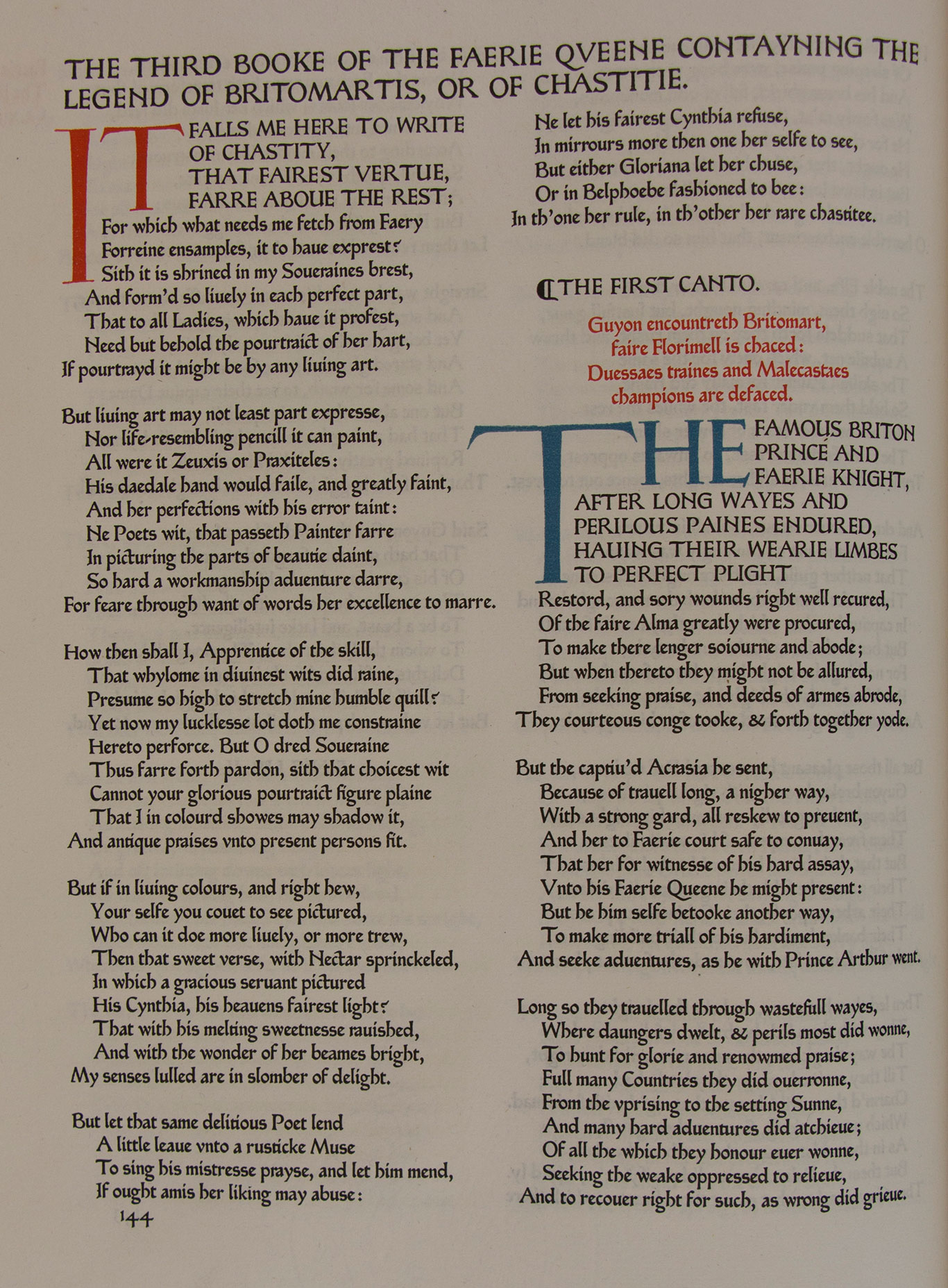 This LibGuide concentrates on presses associated with fine press movement itself, but also covers precursors to the movement. Presses founded after 1939 are excluded, with the exception of presses founded as continuations of earlier presses (for example, the Arion Press), presses founded by printers whose careers were well established by 1939 (for example, John Fass's Hammer Creek Press and Will Carter's Rampant Lions Press), and prominent Midwestern Presses (for example, the Stone Wall Press and the Perishable Press). Most of the presses listed are private presses – i.e. independent presses set up more for artistic than financial purposes – but some more commercial presses renowned for the quality of their work are also included. For each press, the books held by Special Collections that were printed at or published by that press are listed alphabetically by author, followed by any secondary resources held by Special Collections that relate specifically to that press. The 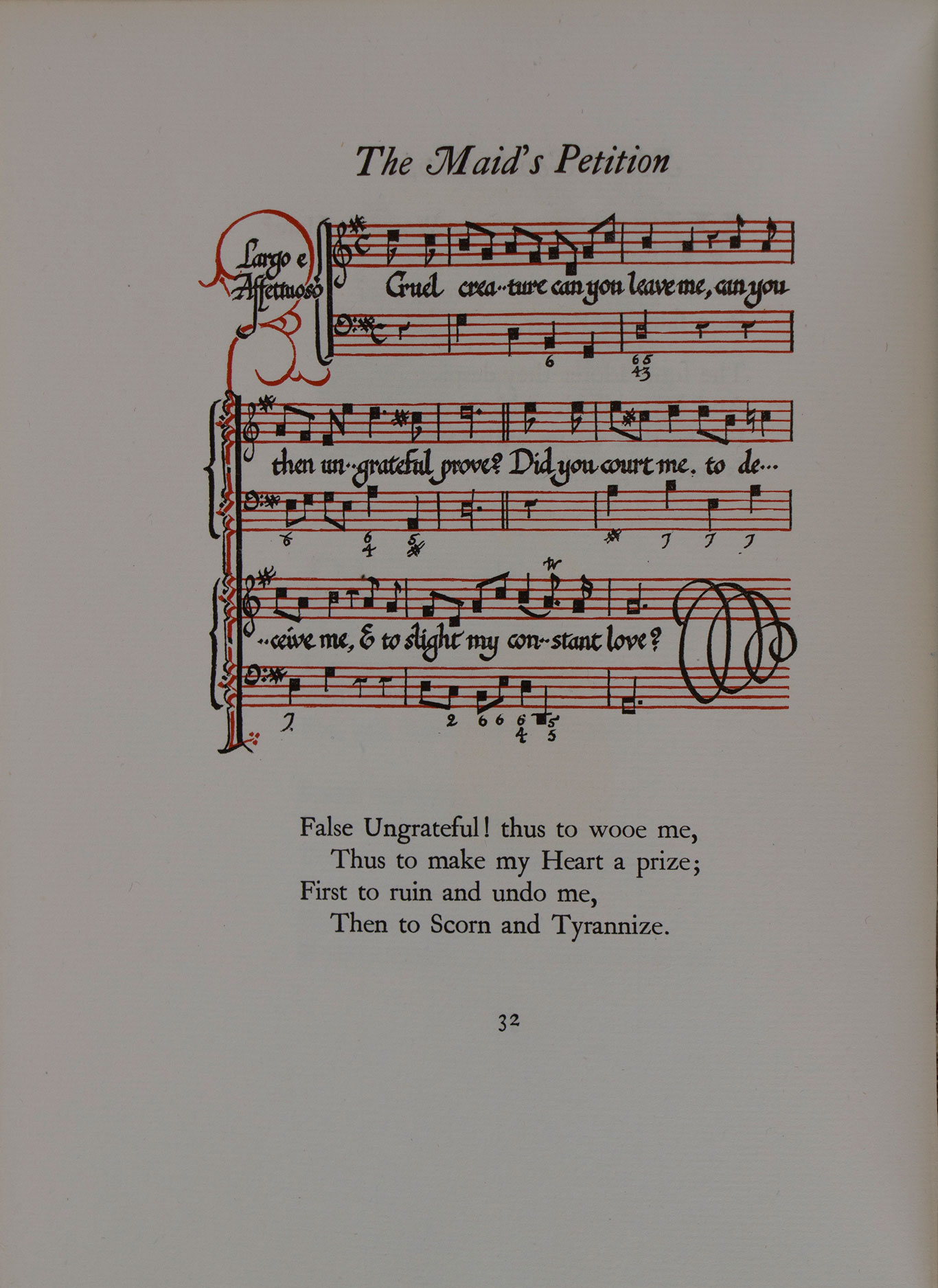 All fine press items in the collection can be used in the Special Collections reading room (401 Ellis).

Come and visit us!

Know Before You Go

If at all possible, please register as a Special Collections user in advance.

Bring a photo ID! Your MU student ID or a driver's license will be fine.

Most materials can't be checked out, but you can put them on hold in the reading room.

You can take pictures with your phone or a camera.  But remember – no flash!  Special Collections staff can make photos or scans for you for a fee.