Basic biographical information can be found in the following sources. For more detailed biographies, use the MERLIN Catalog to do a subject search on your person's name, putting last name first. Scroll down the resulting list of subject headings to find biographies.

Finding book reviews is usually a two step process. 1) Use the following databases and indexes to see what reviews have been published and where. If you're looking for reviews from a specific time period, be sure to use an index or database that covers publications from that time. 2) If the full text of the review is not provided in the database, use the MERLIN Catalog to see if we have the journal or newspaper and where we keep it. You may also check TDNet to see if the journal's available electronically. Feel free to Ask a Librarian for help. Literary Index This indexes many reference books, such as Contemporary Literary Criticism , Short Story Criticism , the Reference Guide to Short Fiction, etc. These sets reproduce parts of articles, including reviews and criticism, from earlier publications. Short Story Criticism in particular is good for finding the titles of the short story collections (books) that include your short story. This can help with finding reviews. ABELL Carries reviews from 1917 on. Search your author's name in the author slot (not subject), and be sure to limit your search to reviews using the pull-down menu. You will probably have more success if you know the name of the short story collection(s) in which your story was printed, because reviewers tend to review whole collections, rather than individual stories. Lexis-Nexis Academic Full text of newspapers and magazines from the mid-1980s on. Choose the "Guided News Search", category "Arts & Sports News", news source "Book, movie, music & play reviews". Search for the author and title of the book being reviewed. American Periodical Series Full text of American magazines and journals 1740-1900, when complete. Search your author and/or book title as keywords. 19th Century Masterfile An index to many 19th century publications. This is NOT a full-text index. It searches key words in the article title ONLY. Literary Index to American Magazines 1850-1900 Ref. PS 214.W38 1996 Look under the author of the book being reviewed. Reviews are indicated by "rev".

Contemporary Newspapers and other Primary Sources

ProQuest Historical Newspapers Online 1851-present. One of very few long running newspaper indexes. You may find stories reviewed here, but its best use is for finding news stories from the time of your short story -- both the time period written about and the time period when the story was published. You may also find the author's obituary here, if your author is dead. Lexis-Nexis Academic Provides the full text of many newspapers, generally from the mid-1980s to the present, although coverage varies depending on the newspaper. To find regional news, go to "Guided Search" and select the news category "U.S. News". Under news source, select a region or state. Click on "Source list" to see which papers and dates are covered. Documenting the American South (website) http://docsouth.unc.edu/ contains many full-text, firsthand accounts from ordinary people, including women and African Americans, living in the South. Best for late 19th-early 20th century. Civil Rights in Mississippi (website) http://www.lib.usm.edu/%7espcol/crda/index.html includes oral histories, manuscripts and photographs put together by the University of Southern Mississippi. Each oral history interview starts with a list of topics covered. American Memory Project (website) http://memory.loc.gov/ammem/amhome.html is a repository of electronic full-text and multimedia files on various topics of historical interest. A Teacher's Guide to the Holocaust: Documents (website) http://fcit.coedu.usf.edu/holocaust/resource/document/document.htm contains a list of links, mostly from the Nazi documentation and testimony and the U.S. military's research into the details of Nazism and the death camps Studying the Vietnam War Online (website) http://www.refstar.com/vietnam/online_study.html contains a mixture of superficial and more in-depth information. There is primary text here, but also a good deal of secondary material (historical analysis). San Francisco: Labor (website) http://www.sfmuseum.org/hist1/index0.1.html#labor by the Museum of the City of San Francisco contains primary documents, including reprints of articles from union newsletters and film clips. World History Archives: History of the Federal Republic of Nigeria (website) http://www.hartford-hwp.com/archives/34a/index.html is a small repository of essays on the political, economic, social (including gender relations) and cultural history of Nigeria. Nigeria: A Country Study (website) http://memory.loc.gov/frd/cs/ngtoc.html This well-organized site presents a description and analysis of the historical setting and the social, economic, political, and national security systems and institutions of Nigeria and examines the interrelationships of those systems and the ways they are shaped by cultural factors. Research sponsored by the U.S. Army.

Note: With most of these it pays to use the index at the back of the final volume in the set. 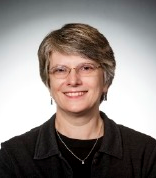