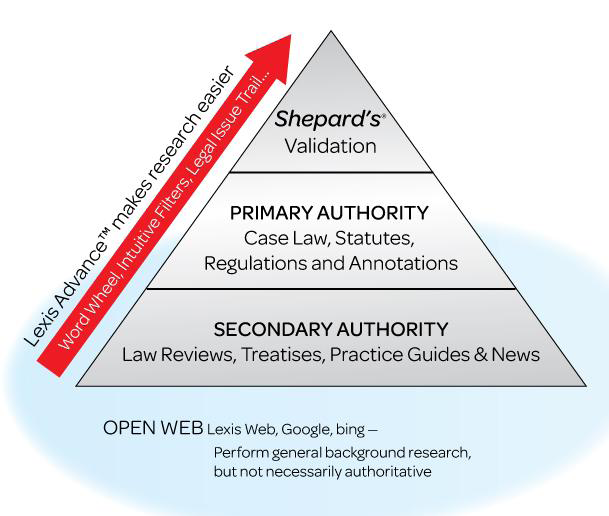 Free exercise claims arise when government is charged with burdening a private party’s religious practice.  The foundation of these claims is the First Amendment to the U.S. Constitution, providing that ‘Congress shall make no law respecting an establishment of religion, or prohibiting the free exercise thereof....’  While this provision has historically been interpreted in various ways, it stands for the basic proposition that American religious practice is given special protection from government intrusion. In this sense, all Free Exercise claims are constitutional in nature.

In light of recent doctrinal developments, however, Free Exercise litigation has become a unique intersection of constitutional, statutory, and judge-made law.  For litigants, the proper course of research depends on a number of variables, such as (i) is the allegation against the federal or a state government? (ii) Is the jurisdiction governed by the Supreme Court’s interpretation of the Free Exercise clause or by a different interpretation passed by its legislature? (iii) Has Congress restricted the disputed government conduct, notwithstanding Supreme Court rulings?

It is not difficult to see how these questions implicate constitutional texts, state and federal statutes, legislative history, state caselaw, and Supreme Court doctrine.  The purpose of this research guide is to equip Free Exercise litigants to navigate the unique contours of the religion clause using a three-step process:

(i)  Familiarity with historical context and legal landscape – In this step general treatises, law review articles, state surveys, and federal case summaries are employed to introduce litigants to the basics: foundational court opinions, such as Yoder and Smith; key legislation, such as the Religious Freedom Restoration Act of 1993; and the current legal posture of individual states, some of which have adopted more stringent standards for conduct burdensome to religion.

(ii)  Refined understanding & narrow application – Next, litigants must identify statutes and caselaw relevant to the features of their case through jurisdictional research.  This may require familiarity with in-state resources or caselaw unique to the relevant federal circuit.

(iii)  Review of recent developments – Lastly, litigants—particularly those in federal jurisdictions—must be mindful of the evolving nature of religion clause doctrine.  In 2014, two major religion clause cases will be decided, most significantly, Sebellius v. Hobby Lobby Stores, Inc., the Court’s first response to religious objections stemming from the Affordable Care Act of 2010.  This guide will offer resources to be used alongside legal database features such as Shepardize and Key Cite, to keep litigants updated on current legal developments.

The First Amendment of the U.S. Constitution provides that “Congress shall make no law respecting an establishment of religion, or prohibiting the free exercise thereof...” USCA CONST Amend. I.  Free exercise jurisprudence arose from historical assumptions about the role of American religious life.  In the wake of religious persecution by the English monarchy and the proliferation of Enlightenment thought during the founding, American colonials embraced the protection and accommodation of religious practice, both individual and collective.  1 Religious Organizations and the Law § 2:51.  Despite its colonial origins, the Free Exercise Clause was not invoked until the 1940s, when members of Jehovah’s Witness challenged restrictions to their religious practices. See Chaplinsky v. New Hampshire, 315 U.S. 568 (1942); West Virginia State Board of Education v. Barnette, 319 U.S. 624 (1943).

More recent developments of Free Exercise jurisprudence may be classified in three strands.  First, the definitions of religion and religious conscience were explored and broaden amid war in Vietnam as draftees sought conscientious objections under the Selective Service Act.

To be sure, the Free Exercise Clause bars ‘governmental regulation of religious beliefs as such, or interference with the dissemination of religious ideas. It prohibits misuse of secular governmental programs ‘to impede the observance of one or all religions or to discriminate invidiously between religions, even though the burden may be characterized as being only indirect.’

Second, in the landmark case Sherbert v. Verner the Court held that states must prove a compelling interest to burden religious conscience even if the law is generally applicable. 374 U.S. 398 (1963).

We must . . . consider whether some compelling state interest enforced . . . justifies the substantial infringement of appellant's First Amendment right. It is basic that no showing merely of a rational relationship to some colorable state interest would suffice; in this highly sensitive constitutional area, only the gravest abuses, endangering paramount interest, give occasion for permissible limitation...

Sherbert’s compelling interest rule asks (i) whether the law infringed on a person's free exercise of religion, (ii) whether the law served a compelling state interest, and (iii) whether it was proportionately tailored to achieve the means by the method least intrusive of religious freedom.  For twenty-eight years the Court used its approach in Sherbert to review state actions interfering with religious practice, granting an accommodation, for instance, to an Amish community burdened by a compulsory school law.  This test, however, was controversially reformulated by the Court in Employment Division, Dep't of Human Resources v. Smith, which held that

The free exercise of religion means, first and foremost, the right to believe and profess whatever religious doctrine one desires. Thus, the First Amendment obviously excludes all governmental regulation of religious beliefs as such . . . [T]he right of free exercise does not relieve an individual of the obligation to comply with a valid and neutral law of general applicability on the ground that the law proscribes (or prescribes) conduct that his religion prescribes (or proscribes).

Smith parted ways with the compelling interest test, narrowing religious accommodations: neutral laws of general applicability do not violate the Free Exercise Clause.  As long as a law is neutral and generally applicable, it will be examined under rational basis review.  Though it destabilized several decades of Free Exercise precedent, Smith also emphasized the limits of its new rubric:

1 Religious Organizations and the Law § 2:57

The [Religious Freedom Restoration Act] states that the government may substantially burden a person's exercise of religion only if it shows that the application of the burden is in furtherance of a compelling governmental interest and is the least restrictive means of furthering that interest. A person whose religious exercise has been burdened in violation of that provision can assert the violation as a claim or defense in a judicial proceeding. The law was to apply to all Federal and state law, and was not intended to affect the portion of the First Amendment respecting the establishment of religion.

The third and current strand of Free Exercise doctrine began with City of Boerne v. Flores, the Court’s reaction to RFRA, which held the First Amendment does not require government actors to pass RFRA’s compelling interest test. 521 U.S. 507 (1997). The effect was to strip RFRA of its application to state and municipal government action.  This exchange between Congress and the Court set the stage for modern Free Exercise doctrine: all actions of the federal government are examined under the RFRA rubric, while individual states have either adopted a statewide version of RFRA or embrace, de facto, the Smith approach.

In 2000, Congress sought to refine RFRA with the Religious Land Use and Institutionalized Persons Act (RLUIPA), which insures incarcerated persons may exercise their faith, and mitigates burdens placed on churches by local zoning laws.  Thus, modern Free Exercise claims implicate either RFRA or RLUIPA, in addition to any relevant state statutes.

[C]urrently, the United States Supreme Court interprets the Free Exercise Clause to mean that government may not directly target the free exercise of religion without a strong, indeed compelling, state interest, while neutral and generally applicable laws that do not directly target a religious practice may be require only a rational basis to withstand constitutional scrutiny. However, federal laws are subject to strict scrutiny protection under RFRA and state laws are subject to free exercise-like strict scrutiny protections under state constitutional protections or state RFRAs.

1 Religious Organizations and the Law § 2:51

To establish prima facie case of violation of RFRA, plaintiff must show (i) that government action at issue works a substantial burden on his ability to freely practice his religion, (ii) and that action does not serve compelling government interest in least restrictive manner possible. Religious Freedom Restoration Act of 1993, § 3, 42 U.S.C.A. § 2000bb–1.  In essence, RFRA imposed a strict scrutiny regime on substantial burdens of religion imposed by the federal government.

A plaintiff cannot establish the substantial burden prong of RFRA just by merely claiming a substantial burden.  On the contrary, federal courts have held that “[a] statute burdens the free exercise of religion if it puts substantial pressure on an adherent to modify his behavior and to violate his beliefs, including when, if enforced, it results in the choice to the individual of either abandoning his religious principle or facing criminal prosecution. A substantial burden must be more than an inconvenience.” Guam v. Guerrero, 290 F.3d 1210, 1222 (9th Cir. 2002).

Once the plaintiff proves a substantial burden, the government must establish that the burdening activity serves a compelling government interest in the least restrictive way possible. In doing so, the government is not required to consider every conceivable alternative, but only establish that its disputed act is less restrictive than alternatives suggested by the plaintiff. Newland v. Sebelius, 881 F. Supp. 2d 1287 (D. Colo. 2012).  According to federal courts, the ‘compelling interests’ that satisfy RFRA are “those of the highest order, an overriding governmental interest, and the gravest abuses, endangering paramount interests.” Legatus v. Sebelius, 901 F. Supp. 2d 980 (E.D. Mich. 2012).

Free exercise challenges to state government actions vary widely based on state law.  Since Boerne, all states fall somewhere on a continuum between Smith and RFRA-like strict scrutiny.

1 Religious Organizations and the Law § 2:63

This memorandum has summarized the modern mechanics of Free Exercise doctrine, consisting primarily of RFRA, Smith, and RLUIPA, in addition to various state caselaw and statutes.

1 Religious Organizations and the Law § 2:51

1 Religious Organizations and the Law § 2:57

1 Religious Organizations and the Law § 2:63

Samuel Hill is a graduate of the University of Missouri School of Law.  This guide has been created in support of Professor Diamond's Advanced Legal Research class for Spring 2014. The contents of this guide should not be taken as legal advice or as the work product of MU Law librarians.

©2018 — Curators of the University of Missouri. All rights reserved. DMCA and other copyright information.
An equal opportunity/access/affirmative action/pro-disabled and veteran employer.