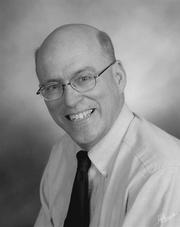 David Joseph Marcou,  University of Missouri School of Journalism, BJ '84.1,  He is one of the world's most prolific living authors as a writer and documentary photographer of more than 500 articles/essays/features; author of 15 plays, hundreds of poems (including his collections,"Evolving Happiness" and "Playful Daffodils"), and 250+ books as of Aug. 2021, including the 165+vols. of his "Spirit of America" series. Marcou's writings have been submitted to the Pulitzer Prizes and Pictures of the Year International competition.

He has lived in London (1981) and Seoul (1984-87), and now resides in western Wisconsin. Among his books are 15 group anthologies he directed-edited arising from adult writing and photo classes he taught at Western Technical College.

David J. Marcou was born Nov. 25, 1950 in La Crosse, WI. His parents are David A. Fitzgerald Marcou, a retired meat-cutter, and Rose C. Muskat Marcou, a retired nursing home records coordinator. His parents were married on Valentine's Day 1950 and are still married. He is oldest of 4 sons and 3 daughters. After graduating Aquinas High School in La Crosse, he earned a B.A. in History at UW-Madison in 1973, an M.A. in American Studies at the University of Iowa in 1978, and a B.J. in Journalism at UM–Columbia in 1984.

David Marcou's photographs are mainly "lens-gathered from found life," a philosophy he's had 40 years. Much of his work embodies a holistic presentation of Midwestern life. Marcou uses a variety of subjects including street scenes, personalities in the news, businesses and national political campaigns. While many photographers neglect the mundane, Marcou's work celebrates the richness of everyday life in La Crosse and around the world. He is particularly proud of starting his photo-career just before he enrolled at Mizzou (1980), taking some of his best early photos at Mizzou & also as a member of the Missouri-London Reporting Program in Autumn 1981. He does not overly direct subjects in his photos; Marcou prefers to express the authenticity of life by his spontaneous style for street and event photos. In his own words, "[I] let the life of each subject flow into my lens, as is, and shine forth from the images I've gathered."

David has been kind enough to make sure the Journalism Library receives copies of his books.