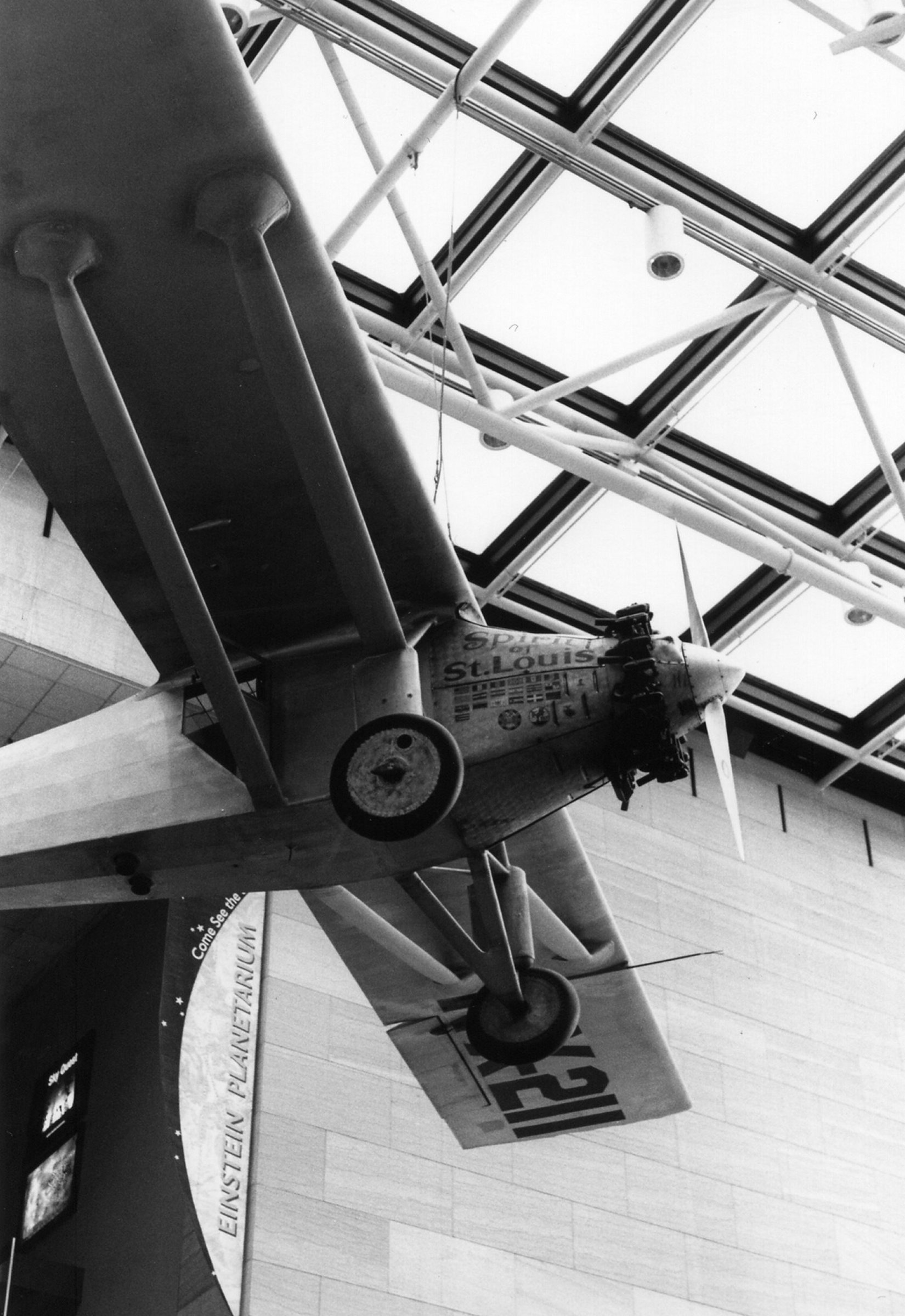 In 2000, I directed-edited the group-book "Spirit of La Crosse", the city's (b.1841) first complete history. Preparing for our next book, I'd thought to title it, "The Americans", but had lunch ca. Dec. 2000 w/ a Russian emigre who vaguely predicted a big disaster for America in the coming year; I asked her if the US would recover from it & she didn't seem sure. I had no idea what the disaster would be but mentioned her prediction to my policeman-brother. I decided that next book would be called "Spirit of America," suggesting a spunky attitude.

The first 3 SA vols. arose from extended ed writing & photo classes I taught at Western Tech; it helped too that I photographed Lindbergh's "Spirit of St. Louis" at the Smithsonian in 2000. Vol. 1 comprised 100,000 words (typed in by my 13-year-old son) & 325 photos, & won the Sept. 12 Guild's top award in 2002 (we worked on SA1 almost a year; it was published soon after 9-11-01). Greg Hilbert gave us the award at Mary Eisenhower's People to People International Conference in Kansas City, MO. The SA series resumed a few years later (I was no longer teaching but still was uniting former students & professionals to do group-books). SA2 included works by former Life staffers John Loengard, Annie Leibovitz, & Harry Benson, plus Wm. C. Beall's 1958 Pulitzer-Prize photo, "Faith and Confidence". Key Mizzou teachers & MA grads also contributed to our group-books (e.g., in SA3 & in "Spirit of the World"). But the next 100+vols. of the SA series comprise my own writings & photos mainly. (Vol. 31, 2nd Ed., in 2016, though, utilized our group again: the American Writers and Photographers Alliance; 4 SA vols. are group-books.)

The "Spirit of America" book-series focuses on positive, realistic themes in our nation's history -- from Native & African American virtues to agricultural, educational, artistic, cultural, religious, economic, political, and urban values to the role our military has played (e.g. in WWII and Korea), plus some coverages of US allies.